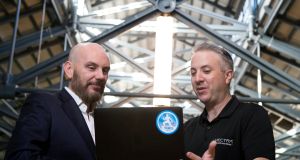 The Ireland Strategic Investment Fund (ISIF) has invested about €10 million in a US-based cybersecurity software group.

The investment in Vectra is expected to support the establishment of a research and development centre in Dublin, the company’s first outside the United States, and will see it expand its Europe, Middle East and Africa sales and support here. That’s expected to create up to 100 jobs over the next five years.

The artificial intelligence (AI) start-up is now actively recruiting in the Irish market as it plans to grow its European customer base. The California-headquartered group has a European regional headquarters in Zurich, Switzerland.

This is ISIF’s second investment in AI, having been involved in a $50 million (€41 million) funding round in insidesales.comin January last year.

“With cybersecurity becoming critical for all organisations, we are confident Vectra will deliver a strong economic return on our investment while creating high-value R&D employment,” said Fergal McAleavey, ISIF head of private equity.

“Vectra had an incredible year in 2017, during which we achieved record revenue growth of 181 per cent over the previous year,” Mr Sheth added.