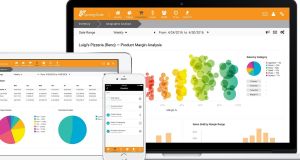 SynergySuite, an Irish software company founded by siblings Niall and Suzanne Keane, has closed a $6 million (€5.3 million) Series A funding round with backers including tech veteran Bill McCabe.

The financing round was led by US venture capital firm First Analysis, with participation from Mr McCabe’s private equity firm Oyster Capital.

SynergySuite, which has offices in Dublin, London and Utah, has developed an easy-to-use restaurant management software platform that integrates with existing technology systems and manages everything from inventory & procurement to recipe management, food safety, scheduling, HR and accounting.

SynergySuite intends to use the new funding to accelerate growth in the US and to continue developing its cloud-based platform.

In conjunction with the financing, Greg Staley, who was previously the company’s chief revenue officer, is to take over as head of the company with Niall Keane moving to become chairman and chief strategy officer.

“SynergySuite was founded because I saw first-hand how frustrating it was to manage restaurant operations with piecemeal technology solutions. I’m excited to focus on continuing to build an innovative system that makes it easier for restaurant brands to be successful and profitable,” said Mr Keane.

Chicago-headquartered First Analysis has invested more than $780 million in companies over four decades and typically puts in between $3-10 million as lead investor or as a syndicate partner in funding rounds.

Belfast-born tech veteran Bill McCabe, who founded and sold elearning company CBT in the 1990s, is a long-time supporter of Irish-based businesses. Among the companies he has backed are renewable energy group Amarenco, breast implant-maker GC Aesthetics and tech companies such as FieldAware, Fleetmatics and Datahug.