Irish fintech Fire.com authorised as an emoney institution in UK 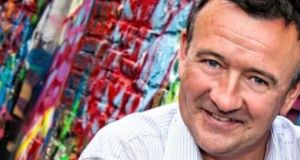 Fire. com, the fintech founded by Irish entrepreneur Colm Lyon after the sale of his previous company Realex Payments, has been authorised as an emoney institution in the UK.

The move allows the online payments company to continue to provide a full range of services to its customers, regardless of the final outcome from Brexit.

Mr Lyon said getting authorisation left the company “well positioned to help businesses or corporate clients that need to pay and get paid . . . in a post-Brexit world”.

The online payments company provides business and personal customers with digital accounts and debit cards. The company derives about 70 per cent of its business from the UK. It has invested significant energy and money ensuring it can continue to operate in multiple jurisdictions after Britain departs the European Union, including setting up a separate operating entity there.

“Since the firm has a significant customer base in the UK, along with our business development offices being in Shoreditch, London, we needed to ensure that we could not just continue to scale, but also continue to be a leading player in the open banking ecosystem in all the regions relevant to us,” said Mr Lyon.

Fire.com has been regulated by the Central Bank of Ireland since 2010 as a payments institution and was re-authorised last year when new payments regulation took effect.

Mr Lyon, who acquired the Fire platform as part of the sale of Realex, said the company now has about 3,000 business clients, with customers including Grid Finance and Buymie, the Irish on-demand grocery delivery service, which this week announced a €1.6 million investment.

He invested a further €3 million in Fire.com earlier this year, having previously put in €8.5 million of his own money into the company.

Mr Lyon, who along with his wife Niamh is estimated to have made about €90 million from the €115 million sale of Realex to New York-listed Global Payments in 2015, said he had seen real change in the way businesses want to pay and get paid over the past two years.

“Today it’s all about the integrated experience and allowing businesses to create accounts and issue cards via application programming interface (API) to enable businesses to process large volumes of incoming or outgoing payments in an automated and fully integrated fashion. So, our API has become almost more relevant than the payment itself, as it provides real time, instant and fully reconcilable data,” he said.

“With open banking getting closer and closer we see huge benefits coming down the line and our role is to help businesses execute on these changes,” added Mr Lyon.