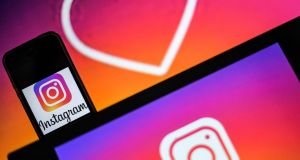 Instagram is targeting those who may be more careless than vindictive. Photograph: Loic Venance/AFP/Getty

Instagram has rolled out a new tool on its platform, drawing a line in the sand of sorts on online bullying. Starting immediately, the photo-sharing site will warn you if your comment could be construed as bullying. It uses artificial intelligence to compare comments with commonly reported posts; if yours ticks the right – or wrong, as the case may be – boxes, it triggers a warning before you post.

It’s an admirable move, but its effectiveness remains to be seen. Like that imaginary conscience, the warning can be ignored. It won’t prevent people posting abusive comments, but it is designed to make people rethink their interactions. Likewise it won’t pick up everything that could be interpreted as bullying. Artificial intelligence is only as smart as the data it receives; in human interactions, context is key.

Bullying can be much more subtle than all-out name calling. What may look like an innocent comment to one person may be a subtle dig as part of a sustained campaign of bullying to another. Machines are getting smarter, but nuances of communication may still be beyond them for now.

You could argue that it’s all a bit of misdirection: Instagram appears to be taking action, but unless it leads to real results, it is futile. The big social media players are effectively playing “whack a troll”; remove or suspend one account and another pops up in it place.

With this move, Instagram is targeting those who may be more careless than vindictive. Determined abusers won’t be deterred, but arguably they are the ones that are the true problem.

One thing that is for certain is that Instagram has brought the spotlight back to user behaviour on these networks and the responsibility of their overlords to protect users. It sets a standard for other companies to meet too.

The bottom line? Instagram’s move will not stamp out all bullying on social media, but it might make a few people think about their behaviour.