US relaxes ban on companies selling software to Huawei 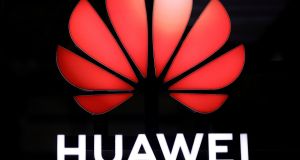 The move follows last month’s announcement of a truce in the US-China trade war by US president Donald Trump at the G20 summit. Photograph: Reuters

The Trump administration has announced a significant relaxation of its restrictions on US companies selling to Huawei, saying the ban will only apply to products that are related to national security.

The move marks a major victory for technology companies that have been lobbying hard to continue selling to Huawei. It follows last month’s announcement of a truce in the US-China trade war by president Donald Trump at the G20 summit.

On Tuesday Wilbur Ross, the commerce secretary, said that Washington would issue licences to companies to sell their products to the Chinese telecoms equipment maker under certain conditions.

Mr Ross said: “To implement the president’s G20 summit directive two weeks ago, [the US Department of] Commerce will issue licences where there is no threat to US national security.”

But he clarified that Huawei would not be removed from the so-called entity list, and that companies would still need to apply for a licence.

“Within those confines we will try to make sure that we don’t just transfer revenue from the US to foreign firms,” Mr Ross said. “Huawei itself remains on the entity list, and the announcement does not change the scope of items requiring licences from the commerce department, nor the presumption of denial.”

Mr Trump announced in May that US companies would have to apply for a special licence to sell to Huawei, after trade talks with China collapsed.

Under the terms of the ban, American companies must seek a licence to sell anything made in the US, or anything made abroad that is deemed to affect national security.

Two weeks ago, however, Mr Trump announced a truce in the trade war between the two countries, following a meeting with Chinese president Xi Jinping on the sidelines of the G20 summit in Osaka. As part of that announcement, he said US companies would be allowed to sell to Huawei, but did not say how that would happen.

Speaking at a separate event on Tuesday, Larry Kudlow, an economic adviser to the US president, said the licensing requirements would be relaxed, but only “for a limited time period”.

Many US chipmakers that make their products outside the US have been able to continue selling to Huawei.

The new relaxation suggests that others who make products in the US will also be allowed to do so – though it is unclear if companies such as Intel will be allowed to sell programmable chips used in 5G mobile networks, or if those products will be deemed sensitive to national security.

Other companies, such as Google, have taken advantage of a 90-day reprieve for companies to update existing products. The search engine company provides its Android operating software on Huawei mobile handsets and, until the reprieve was granted, had been concerned it would not be able to update that software.

However, neither Mr Ross nor Mr Kudlow said how long the relaxation to the ban would last, leaving open the possibility that licences could dry up once more if there is no progress in the trade talks.