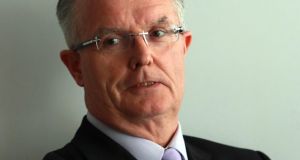 Datalex’s interim chief executive and acting chairman, Seán Corkery, is overseeing an overhaul of his senior executive ranks as he seeks to turn around the embattled Dublin-listed travel retail software company.

Chief operating officer Dan O’Brien and chief marketing officer Ornagh Hoban are among those that have departed in recent times, according to sources.

“Datalex cannot comment on individual employees of the company. However, the company is undergoing a period of restructuring and has been making a number of changes across the company including at senior level,” a spokesman said.

Efforts to secure comment from Mr O’Brien and Ms Hoban were unsuccessful.

Trading in Datalex’s shares has been suspended for more than two months, after it missed a regulatory deadline to publish its 2018 results. While it had been expected that the figures would be released in the second half of June, they are not yet been finalised.

Datalex has also cut scores of staff jobs and contracted roles in recent months in a bid to save up to $10 million (€8.9 million) annually from next year. The company was forced to resort to a €10 million equity-and-debt funding line from its main shareholder Dermot Desmond in March to shore up its finances, two months after the company issued a profit warning and flagged suspected accounting irregularities.

Much of Datalex’s accounting issues for last year relate to its booking of service revenue on a project to overhaul German airline Lufthansa’s digital commerce offering, which had gone way over budget and missed key deadlines. A company is allowed by software accounting rules to book revenue on such contracts based on the estimated stage of a project.

The latest executive departures follow on from the group’s long-standing chief executive, Aidan Brogan, deciding to quit in May, while chairman Paschal Taggart resigned with immediate effect late last month.

Datalex has had three chief financial officers in the past year, most recently appointing former Google finance executive Niall O’Sullivan to the position last month.

Mr Corkery was appointed deputy chairman of Datalex in April, but has since taken over the responsibilities of Mr Brogan and Mr Taggart on an acting basis. It is speculated that the technology industry veteran will become the company’s permanent chief executive.