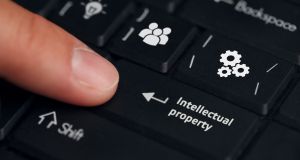 Controversial Irish patent-holding company Neodrón has reached a multimillion dollar settlement with 10 of the world’s largest consumer electronics giants over the use of intellectual property it owns.

The company, which has a registered office in Dublin 18, acquired a number of patents related to touchscreen technology for mobile devices from US company Microchip Technologies a number of years ago.

It subsequently launched a number of high-profile lawsuits concerning allegations of patent infringement in early 2019. Neodrón also brought claims before the US International Trade Commission (ITC) seeking an exclusion order barring the importation of smartphones, tablets and laptops from a number of these consumer electronics giants.

If the ITC had granted the exclusion orders, it would have blocked more than 90 per cent of the smartphones and tablets that consumers buy from the US market.

“We are very pleased with this outcome. We had accomplished an incredible string of favourable rulings and other success in the infringement actions. This settlement further vindicates the strength and fundamental nature of the Neodrón patent portfolio,” said Aoife Butler, general counsel of Atlantic IP Services, Neodrón’s management company.

“The lifeblood of any economy is innovation. And there can be no innovation without a strong, robust patent system, which spurs innovation by protecting the rights of patent holders, including the monetisation of intellectual property. This outcome is an example of the patent system working. And the settlement confirms there is a cohesive and, indeed, complementary relationship between innovation and industry when patent rights are enforced and licensed the right way,” she added.

The company is majority owned by Realta Investments Ireland, an affiliate of US fund Magnetar, which has more than $13 billion in assets under management.

Neodrón is one of a number of “non-practising entities” (NPEs) that share directors and an address in Ireland. Other companies registered in Dublin and managed by Atlantic IP include Arís Technologies, Sonraí Memory, Arigna Technology, Solas OLED and Data Scape. These various entities all hold patents for different technologies and all have been involved in litigation campaigns.

Data Scape in particular is engaged in a large number of lawsuits against companies including Amazon, Dropbox and Spotify over the use of technology linked to patents it bought from Sony a number of years ago.

Ciaran O’Gara, managing director of Solas Oled and also a director of Neodrón, said in early 2019 that he believed this State had the potential to become the “Switzerland of intellectual property” after it tweaked laws to make the Republic a more attractive location for tech IP.