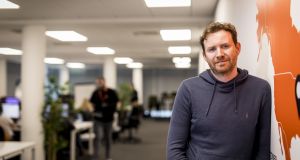 The new financing comes on top of a €150 million investment in the business from US investors FTV Capital and True Wind Capital last year to fuel growth.

The debt financing comes in the form of a $10 million revolving line of credit and a $55 million term loan from Ohio-based Keybanc Capital Markets.

Sysnet, which operates in 60 countries and employs more than 600 people globally, is seeking to expand in both existing markets in North America and Europe and to find new ones.

The company has just completed a deal to acquire NuArx, a Michigan-headquartered company that provides payment card compliance and security solutions to clients that include a number of Fortune 500 companies.

Gabe Moynagh, Sysnet’s chief executive, said the acquisition and funding helps position the company “at the forefront of security and compliance”.

It marks Sysnet’s third acquisition since the start of December following deals for the managed compliance solutions division of Atlanta-headquartered ControlScan and for Chicago-based Viking Cloud.

No financial details for the transactions have been publicly disclosed, although Mr Moynagh told The Irish Times they would bring group revenues to over €100 million. Sysnet recorded revenues of €26.7 million for the 12 months of 2019, with pre-tax profits of €369,697.

Prior to the recent acquisitions, the only deal the company had completed was a relatively small one for Panoptic Security in late 2012.

Mr Moynagh, who had a new child at the start of December, admitted he had been busy over the Christmas period and now faces a hectic 2021.

“It’s sort of like a baptism in fire where you have to keep pushing through but our backers have been a great help in getting these deals done. Now the focus is going to be on integrating the various businesses.”

Sysnet has to date largely focused on partnering with banks to offer its cybersecurity toolset to their small business customers. However, the recent deals all help it to push further into mid-sized businesses and to corporates.

“When we started doing cybersecurity a lot of the segments we’re now targeting were quite occupied, but small businesses weren’t being served so we did well in reaching out to them. While I like to think we could have pushed into these other segments ourselves, the acquisitions took a lot of the pain away in doing this,” said Mr Moynagh.

“We were already growing by about 30 per cent annually prior to Covid, which has slowed things down a little, but we can now scale faster,” he added.

Sysnet currently employs close to 300 people in the Republic of Ireland, and Mr Moynagh said he expected headcount to grow in the coming years, both locally and at its other offices.