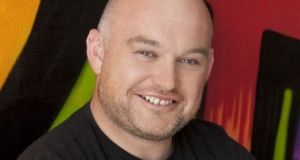 The company, which has raised €8.5 million to date, last year secured €1.5 million from existing backers to help it cope with a 55 per cent jump in delivery volumes arising as a result of the first Covid lockdown.

Founder Rory O’Connor told The Irish Times that business had continued to surge during the year with further growth expected in 2021, following the recent deal between the European Union and the UK on their future relationship.

“We expect to be ebitda [earnings before interest, tax, depreciation and amortisation] positive for the first time in 2021,” he said.

Established in 2010, Scurri, which Mr O’Connor describes as being like “Stripe for shipping”, has developed a delivery-management platform that makes it easier for online retailers to ship goods to customers.

Its technology helps ensure the safe delivery of millions of parcels each month for companies that include Ebay and Ocado, with its platform selecting the most effective delivery options, creating accurate labels and tracking packages, and also providing analytics for merchants.

“We had an exceptional year in 2020 despite the challenges of having to work remotely and in dealing with exponential growth. We have spent years building a really solid platform that would enable us to scale but we certainly didn’t expect to be where we’re at now so quickly. There was one day during the pandemic where we were coping with 100,000 transactions per minute, which is something we had never seen the likes of before,” said Mr O’Connor.

Scurri, which does not disclose revenue, recorded a 100 per cent rise in turnover growth last year, a figure that jumped to as much as 180 per cent during peak periods.

Mr O’Connor said given the strength of growth the company was experiencing, it would be fundraising again shortly. While he wouldn’t give a concrete figure in terms of how much Scurri is seeking, he said it would be “many multiples” of what it raised last year.

“We’ve already got 100 per cent growth pre-booked in and it will be a while before Covid is sorted out. Even when it is, consumer behaviour has changed to the extent that we’ve experienced around 10 years of acceleration in ecommerce and that’s not going to go back,” he said.

Despite a last-minute Brexit deal having been agreed, Mr O’Connor also said the added complexities that exporters face was good for his business.

“Our solution deals with customs documentation, route changes and so on easily and therefore that makes us even more of a critical partner for our clients post-Brexit,” he said.

“Businesses will face difficulties in dealing with the new rules and we’re here to help resolve them.”