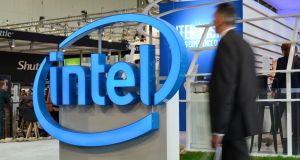 Activist investor Dan Loeb has built a position in Intel and is urging the company to explore strategic alternatives, including a possible break-up of the chipmaker and the sale of assets.

Mr Loeb’s fund, Third Point LLC, has “built a significant stake” in Intel and plans to push for changes, including potentially nominating board directors, he said in a letter to Intel chairman Omar Ishrak. Mr Loeb said the company has dramatically underperformed its peers of the past five years, including losing more than $60 billion in market value this year alone.

“We cannot fathom how the boards who presided over Intel’s decline could have permitted management to fritter away the company’s leading market position while simultaneously rewarding them handsomely with extravagant compensation package,” Mr Loeb said in the letter, a copy of which was obtained by Bloomberg. “Stakeholders will no longer tolerate such apparent abdications of duty.”

Intel said in a statement that it welcomed input from all investors to create shareholder value, and looked forward to engaging with Third Point toward that goal. Mr Loeb also said he expected the discussions to be productive, but reserved the right to nominate directors should he sense a “reluctance” to address his concerns.

Intel is in the midst of its worst crisis in at least a decade. The company, which employs 4,900 people in Ireland at its Leixlip, Co Kildare site, has been the largest chipmaker for most of the past 30 years, combining the best designs with cutting-edge factories.

Most other US chip companies shut or sold plants and tapped other firms to make the components. Intel held out, arguing that doing both improved each side of its operation and created better semiconductors. That strategy is being questioned now as the company’s manufacturing capabilities fall behind the new industry leader Taiwan Semiconductor Manufacturing Co.

Mr Loeb urged the company to hire an investment bank to evaluate strategic alternatives, including whether it should remain an integrated device manufacturer and to explore the divestment of “certain failed acquisitions”.

He said there were other issues he would like to discuss privately, and planned to file with regulators to allow for Third Point to continue to buy shares in the company and engage more actively with it.

Mr Loeb argued in the letter that Intel has fallen behind the technological advances of its competitors, and is at further risk now that many of its customers, including Apple, Microsoft and Amazon. com are developing their own in-house chips.

He said Intel must figure out a way to serve its competitors as customers, like Netflix has by using Amazon’s AWS for cloud services, for example.

“You must be able to offer new independent solutions to retain those customers rather than have them send their manufacturing away,” he said.

Mr Loeb’s Third Point has pushed for changes at some some of the largest corporations in the world, including Walt Disney, Sony, Campbell Soup and United Technologies, among others. – Bloomberg