Extra cash for the data commissioner is good but is it enough? 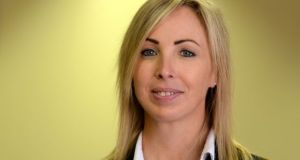 The jury may be out on whether the Data Protection Commission is doing a good job or not, but there are few who would argue with the decision to award it additional funding from the exchequer.

With so many tech companies having established their European headquarters in Dublin, the organisation has become the lead regulator in Europe, investigating numerous data protection cases despite having limited resources.

This month alone the body has had to begin an investigation into a massive cyber attack that allowed hackers to access up to 50 million Facebook accounts, including as many as five million in the EU. It may also yet be asked to look into the decision by Google to shut down its Google+ platform after confirming it had found security breaches that may have exposed the data of 500,000 users.

Budget 2019 has seen an additional €3.5 million being allocated to the Data Protection Commission in a move that sees total funding for the regulator rising to €15.2 million next year, a 30 per cent increase on its funding for 2018.

Three years ago the commission’s annual budget was just €3.65 million. It has seen a significant expansion of its workload and responsibilities under EU law since that time and this has only increased further since the General Data Protection Regulation (GDPR) became law in late May.

While it is positive news to see funding increased, there is a serious question as to whether it is anywhere near enough. The office spent almost €900,000 on legal costs in 2016 alone as it fought to bring tech giants with deep pockets to heel. Given a doubling of the number of complaints and almost three times the number of breach notifications to the office since the introduction of GDPR, one imagines the commissioner will be spending ever more time fighting the good fight in the courts.

Then there are the staffing issues. About 40 new staff are to be recruited to the commission next year, bringing the total number of employees to about 180. This should obviously help the office keep on top of things, but where are these additional staff to come from?

If the commission hopes to lure experts to the public sector, it will likely have to find a way to circumvent the unwieldy recruitment procedures and bands that exist. These look somewhat uninviting when compared with the pay conditions offered by tech companies, who most likely would also be interested in hiring these same individuals.