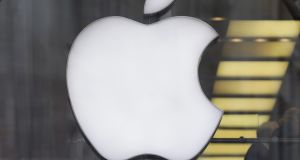 Apple’s next big event is on Wednesday. Much has already leaked but some details – especially those that investors care most about – remain a mystery.

Apple’s next big event is on Wednesday. Much has already leaked but some details – especially those that investors care most about – remain a mystery.

Here are five questions that chief executive Tim Cook and his deputies will answer at Apple’s headquarters in Cupertino, California on Wednesday.

Which products will launch?

Three new models of the iPhone are expected to be debuted, including a larger-screen version of last year’s iPhone X and a cheaper model in a range of new colours but sporting a lower-resolution LCD display. Some models might support dual Sim cards, a feature that current iPhones lack, despite its popularity on Android devices in Asia.

The Apple Watch is set to have its first redesign since it was unveiled four years ago, with a thinner body but a larger display.

Analyst Ming-Chi Kuo predicts that the “Series 4” watch will also feature a new electrocardiography sensor, offering a more accurate way to measure heart rate than the current optical sensor. That could pave the way for more advanced medical applications. Healthcare remains a big focus at Apple and the Watch is its primary vehicle for those ambitions.

Wednesday’s event might also bring new iPads and MacBooks, although in previous years Apple has given those products their own dedicated event in October.

Whenever it arrives, the new iPad Pro should see a big upgrade, with the addition of iPhone X-style facial recognition and – as with every iPhone this year – the removal of the home button to make way for more screen.

How much will the new phones cost?

Price is the biggest question for investors ahead of Wednesday’s event.

A new device with a larger screen could be even more expensive but analysts are divided on the subject.

Analysts at RBC and Morgan Stanley, by contrast, are betting on $899 and $999 respectively, in line with the current $100 gap between today’s iPhone 8 and 8 Plus.

Mr Cook faces a dilemma. Selling an improved model of the iPhone X for $100 less than customers paid a year ago might leave some early adopters feeling burnt but going higher would surely test consumers’ price sensitivity.

Wall Street, meanwhile, is pushing for continued increases in average selling prices, to ensure that iPhone revenues keep growing even if unit volumes do not.

Analysts are equally conflicted about the price of the more colourful, cheaper LCD iPhone. While most anticipate it will start at $699, Goldman Sachs believes anything less than $849 would “skew demand” away from the pricier models and hurt earnings.

When will they ship?

In recent years, Apple has shown a worrying tendency to announce products long before they go on sale, something co-founder Steve Jobs did not tolerate.

The HomePod speaker, for instance, was unveiled in June 2017 but was only made available for purchase in February 2018, months after planned launch. The AirPower wireless charging mat is now lapping the one-year anniversary of its announcement – and it still has not shipped.

Apple also upset many analysts’ models last year by delaying the release of the iPhone X until November, although it seemed to do the device’s sales no harm.

After the peculiar timetabling of the past year, investors will be watching the release dates almost as closely as the price tags lest billions of dollars in revenues slip from one quarter to the next.

What won’t be announced?

Apple has put a lot of emphasis on its services business of late, as it drives towards its target of $50 billion in annual revenues by the end of 2020 from the App Store, iCloud and media offerings such as Apple Music.

However, despite investing hundreds of millions of dollars to produce two dozen television shows and movies over the past year, any new video service to stream them all is not expected to debut this week.

It is also probably too soon for the iGlasses or iCar – unless, as noted above, Mr Cook decides to break with Apple tradition by unveiling a product long before it goes on sale.

Will there be ‘one more thing’?

Ever since the iPod era, Apple’s product launch invitations have featured some sort of cryptic tagline or teaser to keep people guessing about what it has in store.

“Gather round”, the tagline for this year’s event, seems to reference the circular architecture of the company’s Apple Park headquarters and its Steve Jobs Theater, where Wednesday’s event will take place. Taken less literally, it might also be a reference to the company’s “ecosystem” of interconnected products.

But the circle is an odd motif for an event that might be most notable for scrapping the home button – Apple’s most famous circle since the iPod’s scroll wheel.

Maybe, just maybe, the rumour mill has failed to give up all of Apple’s secrets. A return of the surprise “one more thing” would make an incremental iPhone launch much more memorable for the trillion-dollar company.

1 Who are Ireland’s 17 billionaires?
2 Ryanair wants Irish courts to block Skyscanner from selling its flights
3 Are there annual limits on inheritances or gifts to a child?
4 Phil Hogan says EU ready to do ‘ambitious’ UK trade deal
5 Cairn Homes gets permission for 426 homes near Greystones
Real news has value SUBSCRIBE