Web Log: Artificial intelligence could transform our lives more than the internet 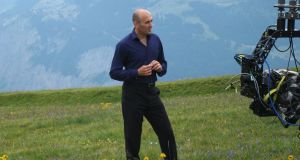 Prof Jim al-Khalili: Artificial intelligence may be set for criticism.

Artificial intelligence could be facing a major public backlash, warned Prof Jim al-Khalili, the incoming president of the British Science Association, adding that this would be driven by fear and required government regulation to assure people that AI research and development would be carried out responsibility.

“It is quite staggering to consider that until a few years ago AI was not taken seriously, even by AI researchers. And yet we are now seeing an unprecedented level of interest, investment and technological progress in the field, which many people, including myself, feel is happening too fast,” Khalili told the Financial Times.

Khalili also predicted that artificial intelligence is going to transform our lives more than the internet has and added that he would like to see AI added to school curriculums as well as becoming the subject of public education programmes. This would be aimed at busting AI myths spawned by film and television representations like evil AIs hellbent on world dominance.