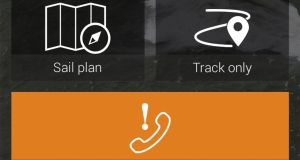 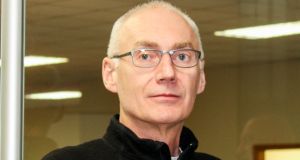 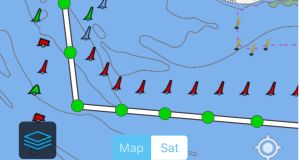 A tracking device inspired by an Irish businessman after he survived a mountaineering accident in the French Alps is now being used by search and rescue agencies in Scandinavia, several European states, South Africa and Australia.

Some 10 per cent of lifeboat missions in Norway and the Netherlands in the past year are said to have been initiated in response to alerts from the SafeTrx device.

Cork-based businessman John Murphy was descending the Voie Normal of Mont Blanc du Tacul in 2010, when he and his climbing partner were caught out in bad weather and gathering darkness.

Murphy, co-founder and joint chief executive of 8 West Consulting, an enterprise software development company based in Cork, has described how it dawned on him that no one knew where the pair were as he “lay broken on that ledge at 3,600 metres”.

His mobile phone worked, but he got frostbite within a few seconds of taking his gloves off to use it.

They were eventually rescued by a French civil defence helicopter. However, following conversations with search and rescue experts, he and his work colleagues began to design a device which might help those caught in a similar situation.

The SafeTrx app is aimed at outdoor enthusiasts and inshore vessels who are not generally users of technologies such as the automatic identification system (AIS), which is mandatory on all shipping over a certain tonnage. Nor does it seek to replace emergency position indicating radio beacons (EPIRBs) or personal locator beacons.

The aim is to improve the ability of search and rescue agencies to locate an overdue or missing vessel, and to reduce the effort involved in responding to hoax calls

It is designed with a monitoring console, which allows smartphone users to put in a sail or route plan which can be transmitted periodically from a smartphone global positioning system (GPS) to the SafeTrx server.

If the cell signal is lost, the app will continue attempts to track and store location information drawn from the phone receiver, and the backlog is sent to the server.

The aim is to improve the ability of search and rescue agencies to locate an overdue or missing vessel, and to reduce the effort involved in responding to hoax calls.

The system earned the company a national marine industry award – in the “excellence in marine technology” category - which was presented by Minister for Marine Michael Creed at this year’s Seafest in Galway.

From this month, the Cyprus Joint Rescue Co-Ordination Centre, which is part of the Cypriot defence ministry, is adopting the system.

Martin Fuhr Bolstad of the Norwegian Society for Sea Rescue (RS) confirmed to The Irish Times that the app, which RS began using from early 2016, had resulted in more than 220 alerts to his agency this year.

“For us, SafeTrx has been a truly useful tool, helping to pinpoint distress situations precisely so our crews can respond effectively,”he said.

Dutch rescue agency KNRM, which handles over 2,300 watersport incidents a year – 70 per cent related to leisure – also said the app was responsible for over 300 alerts in 2017.

Mr Henk Kok of KNRM said that Dutch watersport enthusiasts are not obliged to inform anybody, apart from relatives, when going out on the water.

“Activating the tracking function, on a larger scale, before the start of a trip therefore suffers from this same behaviour,” he said.

1 Should I switch bank now with Ulster Bank at risk of closing?
2 Household wealth jumps by 74% since last recession – report
3 Will brother’s widow get half of our parents’ estate when they die?
4 ‘Tax war’ will hit Ireland if digital tax talks fail, OECD says
5 House insurance: save yourself money by reviewing your policy
Real news has value SUBSCRIBE