Although growing, there isn’t enough money floating about for tech firms in Europe 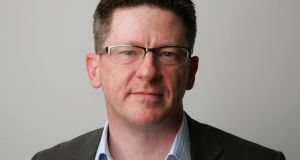 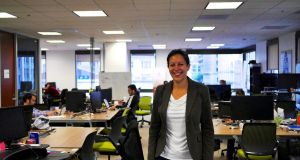 Priya Guha of Rocketspace: “Europe has a number of advantages that we need to think about that Silicon Valley doesn’t have”

European venture capital activity is still relatively small compared with Silicon Valley and Asia, but the situation is rapidly changing. While things look positive for our near neighbours, there are doubts as to how far Ireland can go in terms of funding for tech start-ups.

This year an estimated record-breaking $19.1 billion has been invested in Europe’s technology sector, up from $14.5 billion in 2016 and just $2.8 billion five years ago.

According to a report from venture capital firm Atomico late last month there have been 50 giant rounds involving $50 million (€42 million) or more in the year to date, versus 43 in 2016. Moreover, seven European firms founded since 2003 became “unicorns” this year, to bring the total number of start-ups worth $1 billion or more on the Continent to 41.

Interestingly, the rise in European venture capital activity is happening while things are sliding stateside. Figures published at the start of 2017 show the amount of funding raised by Silicon Valley start-ups was down last year more than 25 per cent on 2015. This came as total venture capital funding in the region fell 28 per cent to $24.9 billion, according to PwC/CB Insights.

“The probability that the next industry-defining company could come from Europe – and become one of the world’s most valuable companies – has never been higher,” says Tom Wehmeier, head of research at Atomico and author of the company’s report State of European Tech.

Having spent five years working as the British consulate general in San Francisco before heading back to England late last year to head up a London version of the start-up hub RocketSpace, Priya Guha is better-placed than most to comment on how Europe fares against Silicon Valley.

“I knew on paper that things were thriving in Europe but is was interesting coming back to see it in action. Europe has a number of advantages that we need to think about that Silicon Valley doesn’t have. For example, one of our biggest strengths is the cross-section of vertical in technology here. Whether it be agtech, fintech or AI, you name it, it is happening here and one of the things that will be really telling in the years ahead is the collaboration in terms of cross-fertilisation of ideas across those verticals,” says Guha.

“In the US, the tech scene is much more disperse, so you go to Washington for govtech , New York for fintech and so on, which means you don’t have the same depth of collaboration going on,” she adds.

RocketSpace, founded in San Francisco in 2011, is a tech workspace that has previously been home to the likes of Uber and Spotify. It recently opened for business in London, in part because of the healthiness of the start-up scene on this side of the world.

“Our theory in coming into Europe was that there was a tech economy that could sustain the sort of product we were bringing in so to see that being borne out by the state of the market is amazing,” she says.

However, Guha says there are plenty of things Europe could learn from Silicon Valley, including ensuring we have great academic institutions and availability of funding. But she says that, inevitably, the European tech sector will have to choose its own route to success.

“It isn’t about competing with or copying Silicon Valley because we need to do things differently and in some respects we’ll do it better,” she says.

Tom Wilson, partner at Seedcamp, the London-based venture capital, which is celebrating its 10th anniversary this year with the first close of a new £41 million seed fund, believes there still isn’t enough money floating about in Europe for tech firms.

“The venture capital market in Europe is still very young. As a 10-year-old fund we’re practically ancient,” he says of Seedcamp, which has backed plenty of early stage start-ups over the past decade, including Revolut and Transferwise. Among the Irish companies it has supported are Pointy and Profitero.

“I still think there is nowhere near enough money available in Europe, although I know others will disagree. I feel there is an institution above the type that typically backs funds here that the US has tapped into but that we haven’t. I believe though that there will be a platform play in Europe over the next few years, with the new Google or Facebook coming from here and that will give even more confidence to the tech sector and unlock more funds.”

Wilson notes that some big corporates that have shied away from this side of the water are now taking an interest.

“The likes of Unilever Ventures is suddenly looking at Europe and saying they want a piece of it and that’s something that is likely to increase in the coming years,” he says.

So where does Ireland fit into all of this? Tech firms here are on course to raise a record €1 billion this year, up from €888 million in 2016, according to a forecast from the Irish Venture Capital Association.

Funds raised from international investors increased eightfold, from €65 million in 2011 to €548 million in 2016. Given this, Peter Sandys, chairman of the Irish Venture Capital Association says that while things are generally healthy at the moment because of the amount of money floating about, the situation could easily change if the global economy tanks.

“There’s no private sector back-up system here, and so if international markets turn, as they always do at some point, then there won’t be the money there,” he says.

Brian Caulfield, a partner at Draper Esprit, which has led investments in companies such as Movidius, Datahug and Mobile Travel Technologies, agrees that it is a challenging environment locally.

“The emerging problem in Ireland is at seed stage,” he says. “Almost all of the funds that started off during the recession that were primarily backed by Enterprise Ireland and the banks are now dry. While Enterprise Ireland has made further allocations to a number of funds, none of them have successfully closed a fund yet so there is a growing gap at seed and A stage.

“There are two fundamental dangers with this,” Caulfield adds. “Firstly, companies aren’t going to be able to raise funds and so won’t survive or they do somehow manage to get funding but only by slowing development dramatically and remaining subscale.This is something that has traditionally been a Europe-wide problem where companies are trying to eke out a living rather than aggressively go for opportunities.”

He warns that start-ups are already leaving Ireland, with the UK in particular proving increasingly attractive through introducing strong incentives for angel investment, which were strengthened further in the recent budget there.

He warns that this poses a serious threat to Ireland, as does the fact that the fewer start-ups there are staying in the country, the more likely it is that venture capital firms such as Draper Esprit and Atomico will stop looking at investments here due to the lack of deal flow locally.

Both Sandys and Caulfield would like the Government to do more but neither is holding out much hope of that happening in the short term.

“Despite being in the middle of Brexit, the British government has shown fantastic vision and come up with a pile of possible solutions, including trying to get hedging funds to invest in the tech sector. We’re not doing something similar here but need to be,” says Sandys.

“Government has an important role to play in seed venture capital funding,” he says. “It is very difficult to raise entirely commercial funds, so there needs to be government participation. Beyond this, it is critical to see much more strong incentives for angel investment in Irish start-ups, not least because if you do this then over time you reduce the requirement for Government support for funds.

“Unfortunately, I don’t believe start-ups are a policy priority for government, though, and this is a big concern,” Caulfield adds. “The best we can hope for in the short term is that some of the seed funds that have received allocations from Enterprise Ireland are successful in closing those round so they can become active.”