Ireland’s average mobile connectivity speed is 20.70Mbps; in Norway it is 62.66Mbps 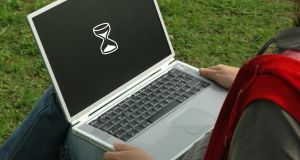 The world’s internet speeds rose by more than 30 per cent this year, according to a new report that shows Ireland is currently performing better than the global average for both mobile and fixed broadband connectivity.

The Republic was ranked in 57th spot for mobile, an increase of three spots versus the last survey.

While Ireland’s ranking has improved over the year, it is worth noting that some 119 countries performed better than the global average. Internet connectivity here remains patchy to say the least, with those living in rural areas facing significant issues getting online.

A report earlier this year found that in an analysis of 63 million broadband speed tests internationally by broadband speed comparison site cable.co.uk, Ireland was only 36th among a range of countries. We trailed 25 European counterparts.

During 2017, global fixed broadband downloads jumped 31.6 per cent on average, while uploads gaining 25.9 per cent. Mobile speeds rose 30.1 per cent, with uploads increasing by 38.9 per cent..

Singapore leads the rankings in fixed broadband with average speeds of 153.85Mbps, followed by Iceland, which jumped one place to second with 147.51Mbps, Hong Kong is third with 133.94Mbps, South Korea is fourth with 127.45Mbps and Romania is fifth with 104.46Mbps.