As Facebook bows to pressure, how long will it take for Google and Apple to follow suit? 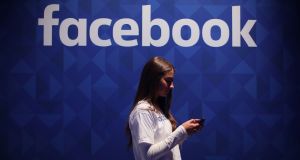 It was only a matter of time before the pressure told. Facebook is just the first to jump. Photograph: Niall Carson/PA Wire

There is apparently no truth to the rumour that – upon hearing that Facebook will no longer book global revenues in Dublin – European Commission officials were high-fiving, belly bumping and shooting Champagne corks at each other.

But they may as well have been, given the undeniably satisfied tone of the statement issued to The Irish Times on Thursday morning by an official in Brussels.

A commission official suggested to this newspaper that Facebook’s decision to wave the white flag on its Irish tax avoidance structure is proof that “taxation agenda is having a real impact”.

Facebook is the first to bow to pressure. How long will it take for others such as Google, Apple and Yahoo to follow suit?

By the sounds of its statement, the commission isn’t going to let up: “The commission will continue its work in 2018, notably with proposals to ensure a fair and effective taxation of the digital economy.”

That’s bureaucrat code for: “this is only the beginning, guys, so saddle up”.

So what is the Government of a small state such as Ireland to do in the face of such sustained pressure on our system of tax advantages, which have served this State so well over the years?

On the specific issue of digital publishers paying tax in the countries where ad revenues are generated, there really is very little that Ireland can say with a straight face. There is simply no way around the notion that this State has long facilitated the filching of other countries’ tax.

It was only a matter of time before the pressure told. Facebook is just the first to jump.