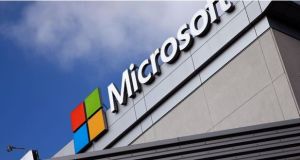 The Government has submitted a brief to the US supreme court in a landmark case involving attempts by US law enforcement to gain access to emails stored on a Microsoft server in Dublin in a drug trafficking investigation.

The case arose in 2013 after a New York state judge served Microsoft with a warrant demanding it hand over emails sent through its email service.

The company argues that the data could be lawfully requested in co-operation with the Irish Government using international mutual legal assistance treaties (MLATs).

In October the US supreme court agreed to hear the US administration’s appeal against the decision of the lower court.

A brief filed by the Irish Government on the final deadline for a “neutral” brief on Wednesday, says the submission is not in support of either party.

It marks a major departure from the Government’s position during the early stages of the case when it filed a supporting brief for Microsoft. Two dozen tech firms, including Apple and Mozilla, also lent their support to Microsoft in the case when it was before the second circuit court in New York.

Wednesday’s filing states that the Republic “does not accept any implication that it is required to intervene into foreign court proceedings to protect its sovereignty”.

It also states that the State “continues to facilitate co-operation with other states, including the United States, in the fight against crime”.

It notes that both countries are already parties to a mutual legal assistance treaty (MLAT) from January 2001.

“Ireland, therefore, considers that the procedures provided for in the MLAT represent the most appropriate means to address requests such as those which are the object of the warrant in question.”

The brief states that in the absence of any “obvious error” in the interpretation in the earlier case before the court of appeals for the second circuit, Ireland proposes that that judgment in Microsoft’s favour be affirmed.

The American Chamber Ireland, which has 400 members, wrote to Taoiseach Leo Varadkar, Minister for Justice Charlie Flanagan, Minister for Foreign Affairs Simon Coveney, Minister for Trade Pat Breen and Attorney General Séamus Woulfe urging the Government to file a submission in the case.

In his letter in October the chamber’s chief executive Mark Redmond noted that when data was stored in Ireland, or managed by cloud providers established here, they expected that other countries could not seize that data unilaterally without regard for Irish law.

Mr Redmond noted current efforts in the US were moving in two directions. Legislative proposals, supported widely by industry, sought to inform US law to help resolve conflicts with the laws of other countries.

On the other hand, law enforcement authorities were pursuing an “active litigation strategy” to try to establish firmly that US law authorised US courts to order the seizure of data from global cloud providers, regardless of where the data was stored, regardless of the data protection rights of EU citizens, and regardless of the legal obligations which the providers might need to comply with in another country.

The European Commission and the UK have also submitted amicus (friend of the court) briefs that are not in support of either party.