A third of workers used own email for work, and 24% shared files with family and friends 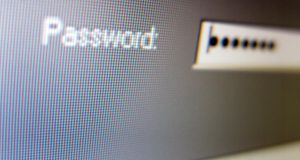 Of those surveyed, 22% said they had written down their passwords.

Employees are still the weak link in the security system, with poor habits that potentially put organisations at risk of critical data and intellectual property loss, and severe legal and reputational repercussions, new research from Microsoft has found.

A lack of security training, the use of personal devices with work-related data and lax practices around passwords are all security risks facing public and private sector organisations, the study found.

Almost half of employees admitted they had no security training in the past 12 months, while 36 per cent said they had plugged a non-work data device such as a USB into their work device, which could lead to data loss.

The survey found that 24 per cent of people working from home have accidently shared work-related material with friends and family, while a third used personal email for work-related or customer information storage, which could be a violation of GDPR when they leave the company.

This was despite 44 per cent saying they had problems with phishing, hacking, cyber fraud or other cyberattacks, aside from attacks that were caught by their company’s security measures.

Basic password rules were also being ignored, with 44 per cent recycling passwords, and only 16 per cent having updated their passwords in the last 12 months.

“The majority of security breaches can be traced back to compromised user identity,” said Des Ryan, Microsoft Ireland Solutions Director. This made the finding that 22 per cent of people admitted to writing down their passwords more serious, he said.

A second stand-out finding for Mr Ryan was the number of people using non-work devices to backup data. “Data is now a major differentiator for people,” he said. “The fact that 36 per cent of people backed up data to USB drive, etc is really scary. Where are they moving it to?”

The research, which was conducted by Amarach on behalf of Microsoft, questioned 700 employees working in large Irish organisations employing more than 100 staff across both the public and private sector.