Huawei ban could stall progression to 5G by several years 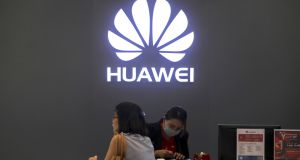 People in a Huawei shop in Bangkok, Thailand: Some network operators in Europe are warning a Huawei ban could push back deployment of 5G by as much as three years. Photograph: Athit Perawongmetha 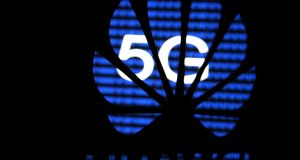 Huawei: The US and some other western countries claim its equipment could enable Chinese spying and should not be used in new networks. Photograph: Dado Ruvic

There is a curious paradox about Huawei. It is the probably the most successful mobile phone company you never realised you used. Of those who do know it, many struggle to pronounce its name.

While Apple, Samsung and Nokia and others are longtime household names, Huawei is one of a growing number of Chinese companies that have seen their popularity and profile grow in western countries in recent years.

Huawei has become a roaring success story. Founded in Shenzhen in 1987 by Ren Zhengfei, a former engineer in the People’s Liberation Army of China, it currently operates in 170 countries, employs more than 180,000 people, and has revenues that exceeded $100 billion last year. It currently has about 16 per cent of the global smartphone market, pushing it into third place behind Samsung and Apple.

What has marked the company out from its rivals is the pace of innovation. Huawei currently employs more than 80,000 people in research and development, and spends about 10 per cent of its yearly revenues on R&D.

But if you asked the average person about Huawei, it’s what they don’t say that is interesting. Some may know the company makes mobile phones. Others may be aware that it is a Chinese business. Few though would know that they have been using Huawei products for years, through mobile broadband modems and in their mobile network infrastructure. It is the latter that has caused the recent storm.

What are the issues?

It has been a tough few months for Huawei. The Chinese group has seen the arrest and detention of its chief financial officer, Meng Wanzhou, in Canada, with the risk of possible extradition to the US. And, since late last year, it has been faced with opposition to its involvement in 5G networks in a number of countries, culminating in an outright ban in the US.

The main reason behind this push against the Chinese company is allegations by the United States and some other western countries that its equipment could enable Chinese spying and should not be used in the new networks.

The next generation of mobile networks will be faster than before and will be used to grow the internet of things – billions of devices, sensors, autonomous cars, buildings, all connected to the internet and gathering data. So it is only natural that there are concerns about security.

In recent weeks, Australia has joined the US in effectively barring Huawei from 5G; in New Zealand, it is under review. Many other countries, especially in Europe, are considering a ban. Germany is planning to tighten the law on the security standards for telecoms operators bidding to participate in the country’s 5G networks. Specifically, chancellor Angela Merkel said Germany needed guarantees that Huawei would not hand over data to the Chinese state before the telecoms equipment supplier can participate in building its 5G network.

The UK, almost alone, has said it is open to Huawei’s involvement in 5G.

Ren Zhengfei has denied any allegations the company is giving the Chinese government any access to its customers through its products.

“China’s ministry of foreign affairs has officially clarified that no law in China requires any company to install back doors,” he said. “Neither Huawei, nor I personally, have ever received any requests from any government to provide improper information. If Huawei received such a request we would refuse.”

Is it a real risk?

So are the security risks overblown? In recent years, we have seen national security agencies in both the US and UK exposed as being involved in digital surveillance on a massive scale. In the US, Edward Snowden exposed the National Security Agency’s spy programme that involved tapping into the cameras on mobile phones and laptops. The Government Communications Headquarters in the UK intercepted personal Yahoo video chats, including highly personal material.

For their part, politicians have been making noises about wanting back doors in encryption for services such as WhatsApp, citing national security concerns.

Some security experts are reserving judgment on Huawei’s culpability.

“Huawei equipment has been found to have security vulnerabilities but so have other companies, from Cisco to Ericsson to Nokia. The concern regarding Huawei is that there are alleged close ties between the company and the Chinese government, therefore are these vulnerabilities being actively exploited,” said security expert Brian Honan. He said he has yet to see any hard evidence of this arrangement.

“Nation states will spy and they will use whatever methods they can, whether there is a direct tie or not.”

There was a bit of good news earlier this week for Huawei, with the UK National Cyber Security Centre said to have determined there are ways to limit the risks from using Huawei in future 5G ultra-fast networks. The conclusion has not yet been made public, but people familiar with the process confirmed there will be no outright ban in the UK, the Financial Times reported. The British conclusion could sway European leaders to avoid a ban, since the UK has access to sensitive US intelligence via its membership of the Five Eyes intelligence-sharing network.

Huawei isn’t the first Chinese company to find itself under the security microscope. Last year, subcontractors at Supermicro’s Chinese operation were alleged to have planted spy chips on the US company’s products, something the group says it is confident never happened.

In fact, it isn’t even the first time that Huawei has been targeted. In 2012, both Huawei and Chinese rival ZTE were named in a US house of representatives intelligence committee report as a national security risk. A White House-ordered review found no concrete evidence to support the conclusion.

To admit to helping the Chinese government spy on other countries would be corporate suicide for the privately owned company. Huawei is citing the opinion of UK-based law firm Clifford Chance on the 2017 law, saying Huawei had no obligation to install back doors.

“We are committed to working globally with everyone involved in network security: partners, suppliers, regulators and governments, to find the best way to ensure the security, safety and privacy of data,” a Huawei spokesperson said. “The security and integrity of customer networks are a top priority for Huawei and we have established and are constantly improving a reliable end-to-end global cybersecurity assurance system.”

What about in Ireland?

There has been no talk of a ban for Huawei in Ireland as yet. The issue was raised with Tánaiste and Minister for Communications Simon Coveney during his visit to Washington this month for talks on the impact of Brexit on the Belfast Agreement.

The 5G network is currently under development here, with Vodafone trialling its services and Three Ireland pledging to begin the rollout later this year on a limited scale. According to Vodafone, the company isn’t using Huawei equipment in the network. It is currently in talks with Ericsson on 5G infrastructure. The Irish network doesn’t use any Huawei technology in its current network, a spokesman said.

“The security of our customers is our top priority and our network security is based on multiple layers of protection,” he said. “We continue to work closely with governments and industry partners to assess telecoms sector security and performance – while also undertaking our own security testing of vendor equipment – and always comply with the latest regulations.”

Eir said it did not currently have plans to use Huawei technology in its core 5G networks, with Three Ireland saying it did not use Huawei equipment currently and could not comment further. A spokesman for Eir said it would use Huawei in its radio access network, which is not considered sensitive.

A closer look at security should be welcomed by all involved in the industry – and by consumers. Honan said all telcos should be concerned with security and with making their networks as secure as possible. However, if governments have concerns about potential breaches they should look at encrypting the traffic moving across these networks.

“We have to take a zero-trust approach to communications across the internet because we have no guarantees,” he said. We shouldn’t look at one company in isolation. There is a lot of smoke. Those pointing towards smoke haven’t given us the reason for the fire yet.”

Meanwhile, Huawei’s rivals are moving in. Samsung Electronics is seeking to capitalise on its difficulty and is going for the 5G market. The company has moved managers and employees to the network division from its handset unit, according to sources within Samsung. Telecoms companies would ordinarily stick with their 4G providers for 5G upgrades as they can use existing gear to minimise costs, but with political pressure rising, Samsung sees opportunity.

“We’re bolstering our network business to seize market opportunities arising at a time when Huawei is the subject of warnings about security,” said one of the Samsung sources. The sources, who did not disclose specific figures for the employee moves, declined to be identified as they were not authorised to speak on the matter.

Samsung plans to invest $22 billion in 5G mobile technology and other fields over three years. It declined to break down how much will go to 5G and the other areas – artificial intelligence, biopharma and automotive electronic parts.

“Samsung is focused on building trust with our partners and leading the global 5G markets, regardless of other companies,” it said in a statement to Reuters.

But there are other things to consider. Some network operators in Europe are warning that a Huawei ban could push back deployment of 5G by as much as three years. And while Nokia and Ericsson may be waiting in the wings to scoop up any extra work, it doesn’t necessarily mean that state actors will be kept out of the 5G networks – no matter who they are.

“Just because they don’t have a key to the front door, it doesn’t mean they can’t crawl in through the back window,” said Honan. – Additional reporting: Reuters, Financial Times.