What will change with the EU’s new copyright law? 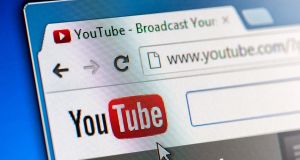 The first change to copyright law in the EU in almost two decades is designed to give artists, musicians and publishers a better chance of being paid when their work appears on the internet.

A final draft of the new law was approved on Wednesday night in Strasbourg. It now needs approval by EU governments at meeting that is likely to be next week and will then be voted on by the European Parliament in March or April.

The process to craft the new rules attracted heavy lobbying, especially from Google, which argued that there could be “a profound impact on the livelihoods of hundreds of thousands of people” if its YouTube video-sharing business was forced to take down videos.

A petition opposing the directive has gathered more than 4.5m signatures. MEPs have complained of incessant spamming and even death threats.

But the final wording, after more than two years of talks, was greeted as a “balanced” approach that will protect smaller artists without causing a significant impact to the biggest internet platforms.

“I’m satisfied but not totally happy. You won’t be able to find anyone who says ‘yes I’m totally happy’. It’s a compromise,” said Andrus Ansip, EU commissioner in charge of digital policy.

There is an exemption for content uploaded for “the purpose of caricature, parody or pastiche”, including memes and GIFs.

According to a leaked version of the final draft, Article 13, the section which covers “online content sharing services” says platforms must use their “best efforts” to remove copyrighted material if they are alerted to pirated uploads.

Currently, Google uses a system called ContentID to enforce copyright, offering a digital fingerprint to major artists. Other platforms are likely to have to impose similar filters.

But smaller, independent artists have complained that they have little way of stopping pirates. The new rules would allow artists whose material is not captured by Content ID to demand YouTube remove any unauthorised uploads.

Small music labels welcomed the text. “This legislation will be the first time anywhere in the world that there is absolute confirmation that user upload services are covered by copyright and need a licence,” said Helen Smith, executive chair of the Independent Music Companies Association.

What happens to smaller platforms?

One of the thorniest issues in the final stretch of negotiations was the treatment of smaller internet platforms. Countries led by France were determined not to have any carve-outs. Germany wanted exemptions. Paris and Berlin then thrashed out a compromise where new platforms with annual revenues under €10m, fewer than 5m monthly users and that have been around less than three years would be subject to lighter takedown rules.

But the German Greens MEP Julia Reda thinks there are almost no platforms in Europe that fit all three categories. “[Small and medium-sized enterprises] will have no choice but to deploy upload filters, which are by their nature both expensive and error-prone,” she said.

Under a separate part of the overhaul - known as Article 11 - Google’s news platform will need to take out licences with publishers such as newspapers for showing content that is under two years old on its news feed.

Opponents have dubbed it a “link tax” but this is misleading. Hyperlinks are not covered by the rules.

“It increases the bargaining power of the press publishers,” said an EU official. “It is a right that can now be enforced in court.”

Controversy has raged over how much of a news article can be shown before it falls foul of this “publishers’ right”.

The draft text says that individual words and “very short extracts” will not fall under the publishers right but it has not been defined as being a specific number of words after the European Parliament and governments clashed over the issue. Headlines are unlikely to be protected unless they are excessively long.

An EU official said that although the length of an extract is not specified, “the use of snippets shouldn’t undermine the exercise of the publishers right”.

“If it goes beyond a certain length then clearly there would be an infringement,” he said.

The copyright rules will be open to interpretation by the EU’s 27 member states and raises the risks that companies - rights holders or platforms - could sue governments for clarity about the snippets.

Axel Voss, the German MEP in charge of agreeing the European Parliament’s position, said snippets should be limited to give publishers maximum rights and to stop platforms from exploiting any loopholes in the rules.

Mr Voss also called on Europe’s publishing industry to band together and agree on collective licences with Google to maximum their bargaining power. “Otherwise the platforms will just separate off publishers and there won’t be a common line,” he said.

Has this been tried before?

Germany and Spain have experimented with publishers rights. Google was forced to shut its news service in Spain when the right was introduced in 2014 and has warned that its business model will be under threat in the EU under the rules.

Kent Walker, Google’s vice-president and senior counsel, said earlier this month that lawmakers should opt for a generous interpretation of snippets so users will know what they are clicking on.

A spokesperson for Google on Thursday said the search engine would be “studying the final text of the EU copyright directive and it will take some time to determine next steps”.