Emerging technology to add €6.3bn to Dublin’s economy by 2029 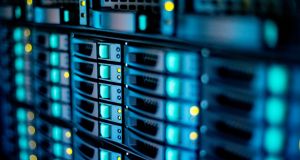 The growing adoption of artificial intelligence, internet of things (IoT), blockchain and 5G will add more than €6.3 billion to Dublin’s economy in the next 10 years, a new survey has claimed.

In 2019, that contribution was estimated to be approximately €1.23 billion.

5G is expected to see the most growth, but IoT is predicted to add most value to the economy in the coming year, with AI the biggest driver with an increase of 46 per cent in value. IoT, meanwhile, will also contribute significantly to the city’s economic growth.

The survey was commissioned by global data centre company Digital Realty as it officially opened its €70 million facility in Clonshaugh, Dublin. The opening on the new facility follows the company’s €200 million investment in the Dublin data centre market that included the opening of its Profile Park campus last May.

“Over the past few years, Dublin has firmly cemented itself as the data centre capital of Europe and our investment in Clonshaugh comes as a direct result of the increased demand we’re seeing there,” says Jeff Tapley, EMEA Managing Director, Digital Realty.

The data centre sector is a growing market in Ireland, contributing more than €7 billion to the economy in the past decade.

However, that has come at a cost to the country, with critics pointing to increased burden on the electricity grid and rising emissions that could impact Ireland’s response to the climate crisis. According to transmission system operator EirGrid, data centres and other large users will consume 29 per cent of Ireland’s electricity, by 2028.

Amazon, Google and Microsoft have all located data centres here, and another 10 centres are under construction, with planning permission granted for a further 31 centres.