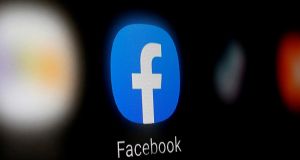 What happens if you give up Facebook for a month? As it turns out, the effects are scientifically measurable.

Researchers at Stanford and New York University recruited 2,743 Facebook users (39 per cent of whom dropped out when they discovered it involved not using Facebook for a period of time) and randomly selected half to deactivate their account while the others were told to continue using the social networking site.

It turns out that deactivating Facebook frees up an average of 60 minutes per day for the average user but also has the knock-on effect of less time spent on other social media sites and online in general, and more time spent with family and friends.

It also has the benefit of overall improvement in mood and well-being in addition to – on average – 15 per cent less news consumption. What is most interesting is that abstaining from Facebook led to a significant reduction in polarised views on policy issues as well as a lower likelihood to follow political news or news about US president Donald Trump.

“Deactivation caused small but significant improvements in well-being, and in particular in self-reported happiness, life satisfaction, depression, and anxiety,” said the authors.

“We find little evidence to support the hypothesis suggested by prior work that Facebook might be more beneficial for ‘active; users-for example, users who regularly comment on pictures and posts from friends and family instead of just scrolling through their news feeds,” they added.

1 How much state pension will I get next year?
2 Up or down – how much is your Local Property Tax this year?
3 PTSB plays down Ulster Bank talk as it sells €1.4bn of loans
4 Housing crisis will be permanent unless there is radical rethink, industry warns
5 Irish tech company Asavie acquired by Nasdaq-listed Akamai
Real news has value SUBSCRIBE