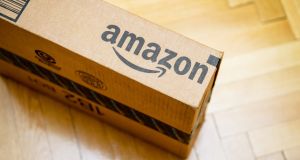 With a staff of more than 2,200 people, Amazon is among Luxembourg’s top 15 employers. Photograph: iStock

The attack from Amazon came at the start of a court hearing on the US tech giant’s fight against a €250 million tax bill imposed after regulators said agreements with Luxembourg dating back to 2003 amounted to illegal state aid.

The EU’s “desire to show” that a tax pact in 2003 gave Amazon an advantage “has led it astray” from its duty as an impartial regulator, Michel Petite, a lawyer for Amazon, told judges at the EU General Court, located a few miles from the company’s European base.

The Amazon court clash is one part of the European Commission’s crackdown on allegedly unfair tax deals that some of the world’s biggest and most powerful companies have struck with EU nations. These include an order for the Republic to claw back €13 billion from Apple.

The European Commission in 2017 decided Luxembourg had allowed Amazon to cut its taxable profits “to a quarter of what they were in reality”, in violation of EU state-aid rules.

At issue in the Amazon case is “a fierce battle over the question of whether the royalties that Amazon’s Luxembourg tax-paying operating company paid to its Luxembourg non-tax paying holding company, did in fact reflect economic reality,” said Totis Kotsonis, a competition lawyer with Eversheds Sutherland in London, who isn’t involved in the case.

The case examines whether “in any event, group companies should be deemed to be in a comparable factual and legal position as standalone companies”, he said.

With a staff of more than 2,200 people, Amazon is among Luxembourg’s top 15 employers. Luxembourg is accusing the EU regulator of having “exploited” state-aid rules “to undertake covert fiscal harmonisation on transfer pricing” and violated the nation’s exclusive powers to decide on tax matters, according to a summary of its main appeals points.

Transfer pricing is an accounting method that represents the price that one part of a company charges another for goods and services provided.

The commission’s state-aid investigators have, since 2013, tried to unearth what they deem to be the most problematic examples of otherwise legal individual tax agreements – or tax rulings – doled out to companies. They said that Amazon’s tax rulings endorsed inflated tax-deductible royalty payments for intellectual property to a unit that wasn’t subject to corporate tax. – Bloomberg

1 Aldi to impose limits as Christmas toys go on sale
2 Fair deal? Family at odds with hospital and each other not so sure
3 What to consider if older person or loved one needs care at home
4 Monsoon landlords win challenge over creditors arrangement that cut rents
5 Irish house prices could buck European trend and fall this year, says S&P
Real news has value SUBSCRIBE