Dublin Tech Summit: not for geeks, but definitely for women

The event will have broad appeal, and 49% of attendees are women, says CEO Noelle O’Reilly 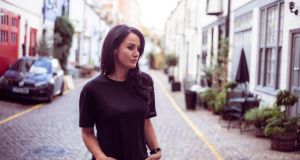 Noelle O’Reilly, CEO of Dublin Tech Summit, which will include a Fashion Stage: “If you’ve just come from a very serious fintech talk and need a break, the fashion stage works for a bit of downtime.”

The Dublin Tech Summit, at the Convention Centre Dublin on February 15th and 16th, is not for hardcore techies. This is not a criticism, but rather an observation of an event that appears to be gunning for broad appeal – a “technology is for everyone” affair instead of “Davos for geeks”.

Those left heartbroken when the startup-centric Web Summit walked out the door can forget about going on the rebound because this is a two-day smorgasbord of tech for SMEs, those in healthcare, marketers, the fashion industry, the financial sector and those who want to crush it with Gary “Vee”. Okay, Dublin Tech Summit (DTS) also features at least one robot and a rock star (classic Web Summit).

Inevitable comparisons will be drawn between the outgoing and the incoming events, however: is DTS looking to be the next Web Summit? CEO Noelle O’Reilly says: “It’s a natural comparison because they are both conferences and both about technology, but that is where the similarities end.

“The Web Summit is an incredible company and it’s a huge honour being asked if we’re doing something similar but we’re just trying to make sure Dublin remains a unique hub for technology. We’re not as startup-focused as they are; it’s very much about business-to-business for us.”

“The venue is the Conference Centre Dublin. The capacity is 10,000. We don’t want to surpass that because it’s the perfect number,” says O’Reilly, explaining that she has been visiting various events around the globe and learning lessons along the way.

“I was at CES 2017 in January and I felt lost because there were 175,000 attendees there. In comparison I was at Cannes Lions last year and there were just over 10,000 people, which meant that if you met someone the day before it’s quite likely that you would bump into them again that evening.

“For me, I learned that you’re more likely to make stronger connections [at events of this size]. We really want to foster meaningful relationships at the Dublin Tech Summit and we think this is the number that does it,” O’Reilly says.

Headliners for the Dublin Tech Summit don’t exactly scream geek: digital marketing guru Gary Vaynerchuk (who enjoys an almost cult following), outspoken entrepreneur Cindy Gallop, who calls herself the Michael Bay of business because she likes to “blow shit up”, and the Smashing Pumpkins drummer Jimmy Chamberlin, who is involved in startups and digital media.

But looking beneath the headliners to the rest of the 200-strong speakers, there is a noticeable presence from some of the big tech companies – Twitter, Facebook, Google, Microsoft, Yahoo, IBM, VMWare, PayPal and Slack are all represented.

“The selection process was strategic but also it is year one: you have build trust because these people were coming on board early on before we had sold any tickets. It was us telling them our story and telling them why Dublin was the perfect city for them to come and tell theirs. They said ‘yes’ and that was where it all began.”

There are seven different session streams, or stages, including the Internet of Things, fintech and medtech, but perhaps the one that stands out most is the fashion stage. Could Dublin be the city where the merging of tech and fashion really kicks off?

“[The fashion stage] was actually the one that came last,” says O’Reilly. We started reaching out to attendees, speakers and media, asking them what they wanted to see, and fashion tech was one that came up quite a bit, so we decided to launch the fashion stage and the response has been so warm and welcoming.

“I think brands have really struggled in the last few years to make wearables work for them and I’m not talking about fitness trackers. The closest most of us get to smart fashion is putting your phone into your handbag.” she says.

People usually think of the Apple Watch, FitBit or Jawbone, all tech confined to the wrist, but wearables are smart clothes with sensors embedded or woven in as lifestyle and fashion choices and not just for health reasons. This, big data and even cyborgism will figure amongst the talks happening on the fashion stage.

“Technology hits us all in every part of our lives now anyway, and fashion is something that makes it a little more exciting. If you’ve just come from a very serious fintech talk and need a break, the fashion stage works for a bit of downtime,” she adds.

And women account for 49 per cent of all those signed up to the Summit so far. O’Reilly says a conscious decision was made to be more inclusive from day one: the summit allocated €200,000 worth of free tickets to female professionals working in the technology sector, with 50 per cent off the ticket price for women in tech when those ran out.

And before talk of tokenism begins, O’Reilly reminds us that only 4.4 per cent of CEOs in the Fortune 500 are women; it is not a level playing field. “We’re trying very hard to challenge the imbalance and this is reflected across both speakers and attendees.

“I do think it makes a difference to have a female CEO of a large tech event but to be honest, I think it puts pressure on me to be better than a man in the role because I’m being looked at a little closer,” she says.

The best of the Dublin Tech Summit line-up

The power of now: Nope, this is not a session on mindfulness with Eckhart Tolle – it’s a talk by Twitter EMEA vice-president Bruce Daisley on effective online marketing.

Q&A with Gary Vaynerchuk: Yes, we know he’s the Tony Robbins of tech, so bring your foam hand and get motivated.

When medicine rocks: A novel talk on how wearables, biofeedback and music can help with Parkinson’s, sleep disorders and more.

The importance of questioning answers: In an era of echo chambers, fake news and alternative facts, we cannot merely consume, we must question online information.

Creating the Irish hub for the AI revolution: Movidius founder and CTO David Moloney talks about how Ireland can pivot from a smartphone innovation hub to one embracing a startup ecosystem driven by AI and machine intelligence.

IoT is growing at a rapid rate, but has it neglected security? A must for those interested in a robust and safe Internet of Things. Remember that time Twitter was brought down by an army of poorly secured baby monitors?

The barriers for female investors: Studies show that females make better investors, yet only 7 percent of partners at top 100 venture firms are women.

StartUp100 pitch competition final: Yes, the Dublin Tech Summit is about startups too.

1 Air travel never going ‘back to way it was’
2 Should I switch bank now with Ulster Bank at risk of closing?
3 Bank of Ireland sees more than 1,400 staff apply for redundancy
4 BoI redundancies, ‘tax war’ warning for Ireland, and retailers in rent arrears
5 Coronavirus vaccine: 15 billion doses needed to inoculate the planet
Real news has value SUBSCRIBE