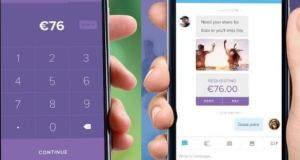 Circle, which last year announced plans to double its Irish workforce to about 40 people, is a former bitcoin start-up that in recent years has shifted focus towards social payments.

Circle, a fintech firm with its headquarters in Dublin, has acquired the Boston-based cryptocurrency exchange Poloniex in a move expected to make it one of the biggest players in the sector.

While no sums were officially disclosed, Fortune valued the deal at about $400 million (€327 million).

Poloniex has grown to become one of the world’s leading token marketplaces. Available in over 100 countries, it was one of the first exchanges in the world to offer liquidity in ethereum, and to reach $1 billion in daily volume.

“In the coming years, we expect to grow the Poloniex platform beyond its current incarnation as an exchange for only crypto assets,” said Circle co-founders Jeremy Allaire and Sean Neville in a blogpost.

“We envision a robust multi-sided distributed marketplace that can host tokens which represent everything of value: physical goods, fundraising and equity, real estate, creative productions such as works of art, music and literature, service leases and time-based rentals, credit, futures, and more,” the co-founders added.

Circle, which last year announced plans to double its Irish workforce to about 40 people, is a former bitcoin start-up that in recent years has shifted focus towards social payments.

Established by Jeremy Allaire, who previously founded online video platform Brightcove, and Sean Neville, Circle reported a $18.2 million loss in 2016 but forecast that last year would be cashflow positive.

The company’s platform, which handled more than $1 billion in transactions in 2016, enables users to make domestic and cross-border payments easily using blockchain, the technology that underpins bitcoin.

Circle claims that sending funds via its platform is as easy as sharing a photograph, text message or email. The start-up does not charge fees or foreign exchange mark-ups on local or cross-border payments sent from Circle. However, it aims to make money from additional services, many of which have yet to be introduced.

The company, which set up its international headquarters in Ireland in July 2014, has secured almost $140 million in investment with backers that include Goldman Sachs, Accel Partners and Pantera Capital.

1 ‘Over 1,000’ pubs have interest in Covid-19 insurance test case
2 Fruit and vegetable firm obtains interim court orders against technical manager
3 Reopening economy does not cause coronavirus spike – researchers
4 Volkswagen agrees to compensate tens of thousands of German motorists
5 Will remote working mean an end for the corporate HQ?
Real news has value SUBSCRIBE