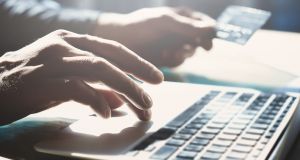 In total, the company has generated £33 million from its investment in TransferWise. Photograph: iStock

Dublin and London-listed venture capital firm Draper Esprit has sold its remaining holding in TransferWise, giving it a cash return of about £18 million (€19.8 million), the company said on Wednesday.

In total, the company has generated £33 million from its investment in the money transfer service across two share sales. It originally acquired a stake in the business in October 2017.

“The TransferWise disposal highlights our focus on active management in the portfolio and is also an excellent example of a successful secondary transaction that has enabled us to generate a healthy return on our initial investment in a relatively short space of time,” said Draper Esprit chief executive Martin Davis.

Draper Esprit also updated shareholders on other investments, such as that in UiPath, a software company which has developed technology to automate robotic processes. The group’s fair value holding in UiPath increased by about £12 million as a result of a fundraising. Its holding is now worth about £40 million.