European Commission to review the complaint, may open formal investigation 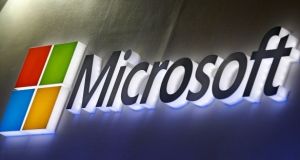 The workplace messaging app Slack has filed a formal antitrust complaint against Microsoft with the EU, accusing it of unfairly bundling its rival app Teams with its Office 365 tools.

The complaint accuses Microsoft of “illegal and anti-competitive practice”, abusing its market power to eliminate rivals in alleged breach of EU competition law.

“Microsoft has illegally tied its Teams product into its market-dominant Office productivity suite, force installing it for millions, blocking its removal, and hiding the true cost to enterprise customers,” Slack said in a statement.

Slack has long chafed at Microsoft for essentially giving away Teams to Office 365 users, who are then less likely to pay extra for additional chat or video conferencing software.

But the formal antitrust complaint comes as the move to working from home raises the stakes.

Since the start of the year, Slack’s share price has risen by more than 40 per cent but the company has struggled to accelerate its revenue growth. Meanwhile Microsoft Teams saw its users jump from 44 million to 75 million between March and April.

Jonathan Prince, vice-president of communications and policy at Slack, said his company’s offering was of higher calibre than Microsoft’s and that it threatened the US tech giant’s “hold on business email, the cornerstone of Office”.

He said: “But this is much bigger than Slack versus Microsoft – this is a proxy for two very different philosophies for the future of digital ecosystems, gateways versus gatekeepers.”

David Schellhase, general counsel at Slack, said the company was asking Brussels to move quickly “to ensure Microsoft cannot continue to illegally leverage its power from one market to another by bundling or tying products”.

Slack wants Brussels to force Microsoft to sell Teams separate from Microsoft Office at a separate price, said a person with direct knowledge of the complaint.

The European Commission now has to review the complaint and decide on whether it will launch a formal antitrust probe. The commission said: “We confirm that we received a complaint by Slack against Microsoft. We will assess it under our standard procedures.”

Microsoft did not immediately reply to a request for comment.

Mr Schellhase said Microsoft was “reverting to past behaviour”.

He added: “They created a weak, copycat product and tied it to their dominant Office product, force installing it and blocking its removal, a carbon copy of their illegal behaviour during the ‘browser wars’.” – Copyright The Financial Times Limited 2020

1 In this strangest of recessions, what happens next for Ireland?
2 Bank of Ireland sees about 2,000 staff apply for voluntary redundancy
3 Best Covid-19 ‘influencers’ will avoid hectoring
4 Michael O’Leary is the boss you want to lead an airline out of crisis
5 Estée Lauder staff at Dublin airport plan further strike action
Real news has value SUBSCRIBE