European Commission has until August 8th to make decision on deal 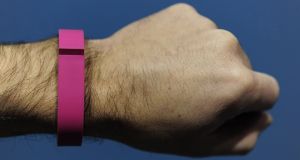 EU regulators want Google to pledge that it will not use Fitbit health data to “further enhance its search advantage”. Photograph: Josep Lago/AFP/Getty Images

The European Union has demanded that Google make major concessions relating to its $2.1 billion acquisition of fitness-tracking company Fitbit if the deal is to be allowed to proceed imminently, according to people with direct knowledge of the discussions.

Since it was announced last November, the acquisition has faced steep opposition from consumer groups and regulators, who have raised concerns over the effect of Google’s access to Fitbit’s health data on competition.

EU regulators now want the company to pledge that it will not use that information to “further enhance its search advantage” and that it will grant third parties equal access to it, these people said.

Brussels insiders said that a refusal by Google to comply with the new demands would probably result in a protracted investigation, adding that such a scenario could ultimately leave the EU at a disadvantage.

“It is like a poker game,” said a person following the case closely. “In a lengthy probe, the commission risks having fewer or no pledges and still having to clear the deal.”

They added that the discussions over the acquisition were “intense”, and there was no guarantee that any agreement between Brussels and Google would be reached.

The European Commission, which has until August 8th to make a decision on the deal, declined to comment. – Copyright The Financial Times Limited 2020