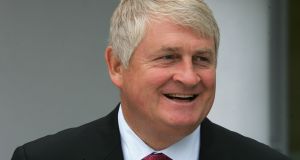 Digicel chairman Denis O Brien: “Digicel is pleased to confirm that much of the planned ZTE-related roll-out in Digicel markets is already complete, with good optionality to complete all remaining markets in a timely manner and we don’t see any issues.”

Businessman Denis O’Brien’s telecoms group Digicel has signalled that it sees limited impact on its business after the Chinese telecom equipment group it hired last year to upgrade its networks suspended all major operations as it grappled with US sanctions.

Shenzhen-based ZTE was hit by a so-called denial order last month from Washington, banning US firms from supplying it with components and technology after the company was deemed to have violated US export restrictions by illegally shipping goods to Iran.

ZTE said late on Wednesday that its main business operations had ceased due to the ban, though it added it was trying to have the ban modified or reversed.

Digicel, which operates in 32 markets across the Caribbean and Asia Pacific regions, entered a multiyear deal with ZTE last year to upgrade its network in a deal aimed at lowering its capital investment costs as it seeks to boost earnings and lower the burden of its $6 billon-plus (€5 billion) debt pile.

It was part of a number of initiatives – including a plan to cut 1,500 jobs, or a quarter of its staff, over 18 months – under a so-called Digicel 2030 transformation programme, unveiled in February 2017.

In a statement to The Irish Times on Thursday, Digicel said that it was one of a large number of operators who were potentially affected by ZTE’s situation.

“To ensure that Digicel has no relationship with any products which are affected by the restrictions, ZTE is undertaking a complete stocktake of all units potentially impacted by the denial order,” it said. “Additionally, Digicel is pleased to confirm that much of the planned ZTE-related roll-out in Digicel markets is already complete, with good optionality to complete all remaining markets in a timely manner and we don’t see any issues.”

Digicel’s move to allay concerns about how it is affected by ZTE’s problems comes at a time when the telecoms group is preparing to embark on a roadshow later in May to present its new management team to debt investors and analysts.

There is a view among some analysts that Digicel, which has a history of raising debt well in advance of major bonds falling due, will seek as early as this year to go about refinancing $2 billion of notes that mature in September 2020.

However, the value of these bonds have fallen to as low as 85 cents on the dollar this month amid a broad sell-off of debt across emerging markets so far this year.

Mr O’Brien pulled a planned initial public offering of Digicel shares in October 2015 and he said in January that it may be next year before he looks again at trying to float the business.

Digicel’s new chief executive, Alexander Matuschka, who succeeded Colm Delves in February, unveiled his new management team late in March and reorganised the group’s structure so that its six largest markets will report directly to him.