Too many podcasts and too little time? Try podfasting

Web log: Why limit your intake of podcasts when you can listen to them at a faster speed? 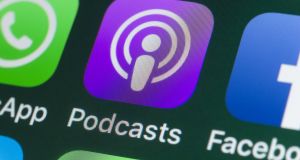 Podfasting: listening to podcasts at anything from 1.5x speed up to 2x.

Are you the kind of person that listens to at least 10 podcasts a week? Do you love to recommend ones to pals? Has podcasting replaced other media as a source of information and entertainment? Then you, my friend, are what is known as a “super listener”.

Another trait that sets super listeners apart from the masses is their indulgence in a practice known as “podfasting” or listening to podcasts at anything from 1.5x speed up to 2x. This is done in an effort to pack more pods into one’s day but according to Uri Hasson, director of Princeton’s Hasson Lab for neuroscience, our brains fail to take in a lot of information when audio playback hits twice the normal speed: word recognition drops by about 40 per cent.

But, according to Medium writer Steve Rousseau, our internal dialogue can run at 400 words per minute unlike the spoken word, which trundles along at 150 words. And it is possible to train our brains to adjust.

If you want to shave time off podcasts without burning out the speech recognition centre of your brain then change your app settings. My app of choice Pocket Cast tells me I’ve listed to 41 days worth of podcasts during which time I have saved over 21 hours by using the “trim silence” feature.

1 Knock gets visit from world’s largest passenger plane
2 Why Sweden ditched its negative rate experiment
3 A maverick taking on the Irish whiskey establishment
4 Will Avolon find itself on the block as China prepares to seize troubled parent HNA?
5 Dr Pepper owner in talks to take over former Lidl distribution centre
Real news has value SUBSCRIBE