Companies flock to join new initiative, which has backing of OECD, World Bank and EU 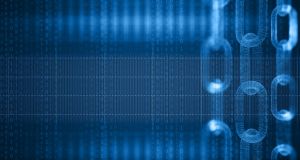 More than 100 organisations have come together to promote a global framework for the development of blockchain in a move seen as a turning point in gaining wider acceptance for distributed ledger technology.

The new initiative also has the backing of international organisations such as the European Commission, the World Bank, the OECD, the UN World Food Programme, UNICEF and the European Investment Bank.

The International Association for Trusted Blockchain Applications (INATBA) is intended to be a platform for organisations to interact with regulators and policy makers on issues related to blockchain technology.

The founding of INATBA is in inspired by the global internet governing body Icann (Internet Corporation for Assigned Names and Numbers), which initiated and still oversees technical standards, domain names and internet addressing for the World Wide Web.

A signing ceremony by 105 organisations that support the new initiative was hosted at the European Commission on Wednesday.

The signatories have committed to developing interoperability and sector-specific guidelines and standards to ensure that INATBA will be a significant driver of blockchain innovation and adoption internationally.

A further 70 organisations are on the waiting list to sign up with INATBA. In addition, all EU Member States are expected to join as governmental advisors while authorities in Australia, Canada, India, the Emirates and the US are also thought likely to come onboard in the near future.

“We are thrilled to see that over 100 companies and organisations have partnered together to help develop the framework for distributed ledger technologies in Europe,” said Mariya Gabriel, European commissioner for the digital economy and society at the signing ceremony.

“It clearly signifies that blockchain technology will be a driving force for our economy in the coming years, and through INATBA we will be able to foster an environment that encourages the application of the technology across the EU Member States,” she added.

Blockchain is the technology that underpins popular cryptocurrencies such as bitcoin. A blockchain is essentially an ever-changing record of transactions that is maintained simultaneously across computers in a network. The technology is seen in many quarters as a major breakthrough as it ensures high levels of traceability and security in online transactions.

While most associated with cryptocurrencies - a state of affairs that has arguably held back take-up of the technology- blockchain is forecast to transform business models across a wide range of industries.

Lory Kehoe, managing director of blockchain-focused software company ConsenSys Ireland and a founding member of lobby group Blockchain Ireland, was among those present at the singing ceremony in Brussels on Wednesday.

“INATBA’s core objective is to drive adoption of blockchain technology globally and it is fundamental for Ireland to be part of this so that Irish companies and Ireland more generally, can influence and shape our digital future,” he told The Irish Times.