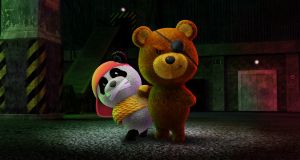 Enterprise Ireland and a number of private investors also participated in the funding round.

The company, which designs and develops games for virtual reality devices, plans to use the investment to scale up its workforce “significantly”, according to its founder and chief executive, Nikki Lannen, formerly a senior member of Facebook’s gaming team.

While Sneaky Bears, the company’s flagship product, is currently a significant revenue driver, the company is working on an additional series of games as well as localising the Sneaky Bear brand for Japan and China.

The growth in WarDucks comes on the back of the success of the virtual reality market as a whole. The company believes the market will be worth more than £26.4 billion (€29 billion) by 2022.

“Virtual reality will increasingly become part of the fabric of our everyday lives and gaming is pioneering this as we speak,” said Ms Lannen.

“I am delighted that Suir Valley recognises our potential in the expanding virtual reality space and is supporting our next phase of growth through this investment, together with Enterprise Ireland and other private investors.”

WarDucks, founded in 2013, currently employs nine people and hopes to achieve profitability by the end of this year. The most recent set of accounts for the company, for the 12-month period to the end of December 2016, shows that turnover increased by more than 235 per cent on the previous year to €86,960. Pretax loss for the period amounted to more than €267,000.

Suir Valley Ventures is a Waterford-based entrepreneur-led venture capital fund run by Barry Downes, the founder of software start-up FeedHenry, which was acquired by Red Hat for €63.5 million in 2014. Its primary focus is to invest in high-growth, private software start-ups in the augmented reality and virtual reality space, with a secondary focus on fintech and Internet of Things start-ups.

The investment is Suir’s third since its recent launch. In March the firm, along with Kernel through the Bank of Ireland Kernel Capital Venture Funds and Enterprise Ireland, invested €1 million in Waterford-based Immersive VR Education Limited, a developer of virtual reality software and immersive experiences.

It followed this last month by joining with Enterprise Ireland in a €750,000 funding round for Wia, a Dublin-based start-up that aims to be the “Stripe for the Internet of Things”.