Apple iPhone X: Everything we think we know about the new smartphone 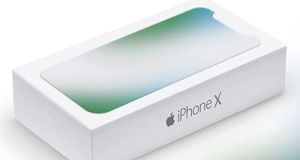 Alongside the iPhone X, iPhone 8 and 8 Plus, Apple is also expected to unveil a new version of its smartwatch, the Apple Watch

The iPhone X is to be announced on Tuesday – but the company’s usual code of secrecy has broken down, meaning we already know a lot about the device. With its junking of the home button it represents the biggest change to the design of Apple’s pivotal smartphone in years.

A leak of the final version of Apple’s upcoming software for iPhones and iPads, iOS 11, occurred over the weekend, revealing that the crucial new smartphone will be called the iPhone X, and will probably launch alongside two new versions of Apple’s current iPhone 7 and iPhone 7 Plus, renamed the iPhone 8 and iPhone 8 Plus.

The iOS 11 leak, dug through for details of new iPhones by developers

Steve Troughton-Smith and Guilherme Rambo among others, also revealed several key details of the next iPhone.

We can expect the iPhone X to have 3GB of RAM, the same amount of memory as the current iPhone 7 Plus. It will use a new 6-core Apple A11 processor and have at least one 12-megapixel camera on the back, possibly two, and 7-megapixel selfie camera on the front.

But arguably the biggest change for the iPhone X is a new all-screen design, similar to that produced by Samsung for the Galaxy S8

It would be the first time Apple has significantly changed the design of the iPhone in three years. A leak of an internal software update meant only for employees testing Apple’s upcoming HomePod smart speaker revealed many details about the codenamed “D22” iPhone, now known to be the iPhone X, including its silhouette showing the all-screen design.

The top of the device is expected to have a cutout in the screen for the earpiece speaker, selfie camera and sensors, similar to that of Android-founder Andy Rubin’s Essential Phone.

Apple is also expected to do away with the traditional home button on the front, replaced with a virtual home button and possibly a new gesture panel that will respond to swipes, taps and other gestures to navigate the interface.

Most of Apple’s competitors, including Samsung with its Galaxy S8, have already ditched physical navigation buttons for dynamic soft keys that can perform a greater number of tasks.

Similar systems have been fitted to certain Windows PCs for several years, while Samsung’s latest smartphones have IR-based iris scanning systems as well as camera-based face recognition - a mainstay of the Android operating system that has proven to be relatively easy to fool. Apple’s IR-based camera system is expected to create a 3D scan of a user’s face and recognise its unique shape.

Leaks also suggest the system will work at a wide range of angles, although it’s not yet known how effectively it can recognise a face from an iPhone laid flat on a desk.

Face ID is expected to be used for unlocking the phone, authenticating payments and unlocking security features in the same way Apple’s Touch ID fingerprint scanning system does on previous iPhones.

Leaks also point to the phone being able to tell when a user is looking at it to automatically silence notifications, but it is unknown if Apple will also fit a fingerprint scanner on the back of the device.

With the loss of the home button, what is known as the lock or power button will provide a new role. For instance, the leaks suggest the “side button” will activate Siri when held down, and pull up Apple Pay cards when double pressed, in a similar way to the side button on the Apple Watch. How the multi-function button will also operate as a power button remains to be seen.

Alongside new hardware features, the iPhone X is also expected to introduce a new type of animated emoji, called Animoji, which appears part of the new iOS 11. The 3D animated emoji can be created from face scans, and possibly your voice, to reflect facial expressions in animated characters including a monkey, robot, cat, dog, fox, rabbit, pig, chicken, panda, unicorn, alien, smiley poo and others.

Apple is also expected to integrate more advanced systems for its camera, including augmented reality and further enhancement of its computation photography system, which combines the images from multiple cameras on the back into one photo. A new version of Apple’s Portrait mode with advanced lighting simulation is expected to be part of iOS 11, creating dSLR-like effects such as bokeh or shallow depth of focus.

Alongside the iPhone X, iPhone 8 and 8 Plus, Apple is also expected to unveil a new version of its smartwatch, the Apple Watch. Leaks from iOS 11 not only detail that at least one version will include 4G connectivity, but also an image of a watch with a new red crown.

The Apple Watch revision is expected to feature little in the way of changes beyond 4G connectivity and some small refinements to the design.

A revised set of Apple’s wireless headphones, the AirPods, are also expected, with new features such as the ability to map more gestures to playback controls, such as tap, double tap and triple tap for play, skip track and backtrack. A new version of the Apple TV streaming box is also expected to be capable of streaming 4K content.

Apple will unveil the final design and feature set of the iPhone X at the new Steve Jobs Theater within the new Apple Park in Cupertino, California on Tuesday, starting at 6pm i. The iPhone X is expected to cost more than $1,000, a similar price to Samsung’s new Galaxy Note 8 smartphone, setting a new bar for premium smartphones.