What does Welcome Break do?

Irish forecourt retailer Applegreen has acquired an effective 50.01% stake in the UK company 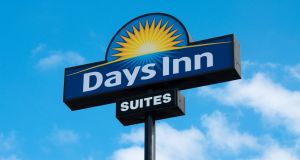 Welcome Break operates the Days and Ramada brands for its hotels. Photograph: iStock

Welcome Break operates restaurants, service stations and hotels with a particular focus on motorways. Its hotel assets are branded Days Inns and Ramada, both of which fall into the two- to three-star bracket which generally have an accompanying restaurant.

The deal announced by Applegreen on Thursday gives it more hotels in the UK than Dalata, Ireland’s biggest hotel group, although Dalata’s assets appeal to a different customer base.

Nonetheless, the deal gives Applegreen a foothold in a model that doesn’t exist to any great extent in Ireland, with hotels sprinkled across the UK in locations including Cambridge, Milton Keynes, Leicester and two serving London Stansted airport.

Despite economic uncertainty surrounding Brexit, Welcome Break has managed to grow traffic at its locations, improving that metric 2.3 per cent in the 53 weeks to the end of January 2017.

In the same period it invested £9.1 million (€10.2 million) in the business across some of its service station and hotels.

It is unclear what Applegreen plans for the Welcome Break brand but the acquisition gives a greater spread of partner companies. For example, in the Republic it sells Costa Coffee while in the UK its coffee partner is Starbucks. Similarly, Freshii is an Irish partner while Tossed is a similar UK healthy food outlet.