Man behind Joe.ie looking to grow the brand internationally 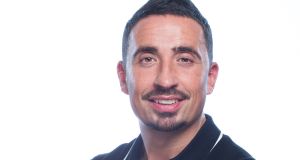 Niall McGarry of Maximum Media/Joe Media: “our model involves partnering with big brands so they can speak to an audience in an imaginative way”

Niall McGarry was born in Castlebar, Co Mayo. Neither of his parents was involved in business but his home town had a number of thriving enterprises and it was here that he developed his entrepreneurial spirit.

After college, he began working in sales and soon established his own advertising agency, Impact Media.

In 2010, Niall, noticing a gap in the market, launched Joe.ie. The site was aimed at young Irish men who, Niall felt, weren’t being catered for in one place. Despite the recession and thanks to a well-defined energy and wit, Joe.ie blossomed and subsequently three other sites – Her.ie, HerFamily.ie and SportsJoe.ie – were established under the umbrella of Maximum Media.

As the sites’ popularity continues to grow, the company has continued to be innovative, introducing new podcasts as well as tv-standard broadcasting on Facebook and Periscope.

In 2015, Niall branched into the UK, launching Joe.co.uk which has been a commercial and critical success. Maximum Media was recently listed in the Financial Times’s FT1000, which lists the 1,000 companies in Europe that have achieved the highest percentage growth in revenues between 2012 and 2015.

Niall divides his time between London and Galway at the moment, but every weekend is spent in the west of Ireland with his seven-year-old son Max and fiancée Sarah.

We are Ireland’s pre-eminent digital publisher. Our model involves partnering with big brands so they can speak to an audience in an imaginative way.

What makes us unique is that we are the only media company offering a completely distributed media model – we write articles that people read on the site, we produce podcasts that people listen to in their cars and we create TV-standard broadcasting that people watch on their smartphones through Facebook and Periscope.

The last four years have been exceptionally rewarding. We’ve won so many awards, it’s humbling, but the FT naming Maximum Media as being among the 250 fastest-growing companies in Europe and second in Ireland was the achievement I’m most proud of. It was judged in terms of revenue. It was completely impartial, objective and empirical proof that we’re thriving.

Starting a business in 2010 was the ultimate back-to-the-wall moment. I went into it with my back firmly against the wall. Ireland economically was in disrepair on a scale that hadn’t been seen in modern times. Every second day was a back-to-the-wall moment for the first 18 months. Brands were loyal to TV, radio and print. Digital was an unknown quantity. How I overcame it was through sheer persistence, diligence and a belief that smartphones were going to revolutionise the media landscape.

What numbers do you pay attention to?

How many people follow us on Facebook, Twitter and Instagram. How many people are listening and watching our shows. Traffic to our site and, of course, sales. At the moment, we’re having record month after record month. One of the privileges of being in a growth industry with really strong brand recognition is that every month you get to break a record for revenue.

Firmly established in the Irish market. Our aim is for Maximum Media to become the most influential media company in Ireland within five years, so I’d like to be well on that road by 2020. I hope we will be the most influential male publisher in the UK and that the Joe brand will be in 10-15 other countries.