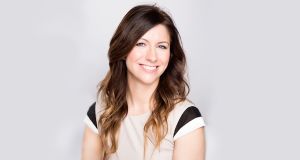 Irish Tesco executive Christine Heffernan has been appointed group communications director of the British retailer and will join its executive committee.

Irish Tesco executive Christine Heffernan has been appointed group communications director of the British retailer with effect from March 1st.

Ms Heffernan has been executive director to group chief executive Dave Lewis since mid-2018 and before that was director of corporate affairs in Tesco Ireland for five years.

She replaces Jane Lawrie in the top communications role and will also join the 13-strong executive committee of the supermarket chain, which has its headquarters north of London in Welwyn Garden City.

The appointment comes at a difficult time for Tesco, which last week announced it was cutting up to 9,000 jobs under a major restructuring programme.

Before joining Tesco Ireland in 2014, Ms Heffernan was head of public relations for Bord Gáis. She has a degree in history and political science from Trinity College Dublin and an MBA from the Smurfit Business School.

She began her career as a policy assistant at the European Parliament and has also served as an EU policy adviser at the Treasury in London, a public affairs manager at UK financial services company Prudential and in various roles for Vodafone. She has been a director of Threshold, the national housing charity, since 2013.

“She brings a wealth of experience and business insight to the role, as well as energy and deep communications expertise. Strengthening our communications and building trust in our brand are key priorities for us and I look forward to Christine’s leadership in achieving those objectives.”

1 Why are markets booming when a crash is on the way?
2 Could your old car be giving away all your secrets to its new owner?
3 Permission sought for €150m film and media campus in Wicklow
4 Dunnes Stores trials online ordering from Cornelscourt outlet
5 Covid-19: Publicans and restaurateurs row over calls for VAT cuts
6 Staff at Bewley’s cafe on Grafton Street are made redundant
7 AIB U-turn on mortgage block for those on Covid wage subsidy
8 Vodafone to speed up 5G rollout using new technology
9 Government committed to finalising roadmap for safe overseas travel ‘shortly’
10 Supreme Court rules ‘substitute consent’ inconsistent with EU environmental law
Real news has value SUBSCRIBE