Gambling giant acquires 51% of Adjarabet, with option to purchase the remainder 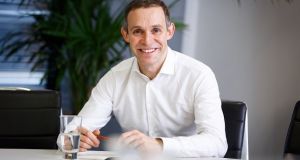 Paddy Power Betfair has announced the acquisition of a controlling stake in Georgian gambling company Adjarabet for €116 million.

The company said in a note to Euronext Dublin on Friday that it had acquired 51 per cent in the Georgian market leader and expects to buy the remainder of the company after three years through agreed option arrangements.

Adjarabet is licensed to offer a full suite of online betting and gaming products in Georgia, including casino, sports, poker and peer-to-peer games. It holds an estimated 40 per cent share of total online revenues.

Paddy Power Betfair said a “key component” of this was the strength of the Adjarabet brand which has a about 86 per cent spontaneous brand awareness amongst the Georgian population, which is “significantly higher” than competing brands.

This brand presence is driven in part by the business’s exclusive long-term marketing relationship with Adjaranet, the leading Georgian media website.

During 2017, the operation launched in the developing regulated Armenian online market, winning about 10 per cent share of that market by the end of 2018.

A mechanism has also been agreed, consisting of call and put options, which enables the group to acquire the remaining 49 per cent after three years at a valuation equivalent to seven times 2021 ebitda.

The call/put option consideration can be settled, at the group’s election, in cash or shares.

The online Georgian market is estimated to have grown at a compound annual growth rate of 40 per cent from 2016 to 2018 to an estimated €206 million of gross gaming revenue, with the nascent Armenian market providing a further growth opportunity.

An analyst with Davy said the acquisition “appears to fit neatly” with Paddy Power Betfair’s strategy.

“It has added the dominant gaming business and brand in the highly attractive (fast-growing, regulated) online Georgia gaming market,” he said.

“While reasonably modest in the context of the overall group, it is a timely reminder that the group investment thesis extends beyond merely the evolution of sector regulation.

The analyst said the acquisition would likely add a low- to mid-single percentage to Davy’s 2019/2020 adjusted earnings forecasts for the company.

“Adjarabet’s leading brand presence and strong management team has established it as the clear number one in the fast-growing, regulated online Georgian market.

“Together with our group’s technology and sports capabilities, we are confident that Adjarabet will be strongly positioned to continue to build on this success.”

1 Admission of mistake in Oxford vaccine dose raises doubts over reliability
2 Cliff Taylor: Deal or no deal we are now heading for a hard Brexit
3 Irish Life fund pays €49m for 94 Dalkey apartments
4 Karlin Lillington: How I managed to cut my mobile phone bill by at least half
5 Central Bank rules out changes to mortgage rules during pandemic
6 Fiona Reddan: Who’s afraid of Revolut? Not AIB and BOI it seems
7 Smarter ways to heat your home: Eight of the best modern systems
8 Lahinch Golf Club runs out of its own cash after €3m Covid-19 hit
9 State may face €1bn in compensation in Covid-19 case, Press Up claims
10 Pandemic supports will be removed once effective vaccine is rolled out, Government warns
Real news has value SUBSCRIBE