More than 70 stores have already closed resulting in 920 redundancies 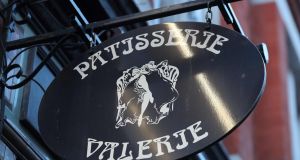 Patisserie Valerie has attracted queries from a number of bidders interested in buying the troubled business, administrators have said.

Proposals include offers for the entire business as well as for smaller parts of it.

The company is up for sale after collapsing into administration last month, following the discovery of fraudulent activity in its accounts. More than 70 stores have already closed, resulting in 920 redundancies, but 122 are still trading.

David Costley-Wood, partner at KPMG and joint administrator, said: “We are encouraged by the scope of offers received from trade and finance buyers for all and for parts of the business. We will now be taking a number of these offers forward, and hope to be able to make progress in short order.

“We’d like to thank employees, suppliers, creditors and also Patisserie Valerie’s loyal customers for their invaluable support in helping us to continue to trade the business over the last two weeks.”

The cake company’s parent group Patisserie Holdings has been grappling with the fallout of an accounting fraud since October. It said that the extent of fraud meant it was unable to renew its bank loans and it did not have sufficient funding to continue trading.

Chairman Luke Johnson has extended an unsecured, interest-free loan to help ensure that the January wages are paid to all staff working in the ongoing business.

However the loan did not cover payments for former staff made redundant by the closures, leaving many out of pocket for their January wages.

A spokesperson for the joint administrators said: “We recognise this is a very difficult time for those members of staff who have lost their jobs, and are providing them with support, including assisting with claims to the Redundancy Payments Service.”

While Patisserie Valerie’s two Dublin outlets – on Henry Street and in Blanchardstown – don’t fall under the UK administration, a spokesman for administrator KPMG told The Irish Times last month that they have closed alongside outlets in the UK.