‘Apprentice’ judge and businesswoman stepped down from Taveta Investment 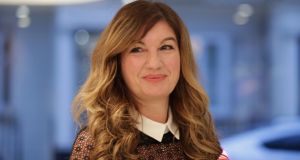 Pressure has mounted on Brady to resign since allegations of sexual harassment, racist abuse and bullying by Mr Green surfaced in October. Mr Green was named in the UK Parliament as the British businessman alleged to have used legal agreements and payments to hide such accusations, after taking out an injunction against the Telegraph newspaper. The billionaire retailer has denied the allegations.

Sharon Brown has also resigned as a nonexecutive director of Taveta. Arcadia’s brands include Topshop, Miss Selfridge and Dorothy Perkins.

Taveta said it’s in discussions with others to fill the positions. The boards of Arcadia and the other companies within the group remain unchanged.

In an emailed statement, Taveta thanked Ms Brady and Ms Brown for their service and wished them well. The company said it “expects to make a further announcement as to the composition of its board shortly.” – Bloomberg