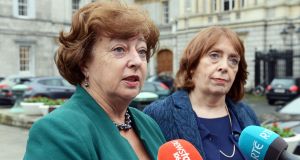 Investigators scrutinising the sale of Siteserv to a company controlled by Denis O’Brien do not plan to call Catherine Murphy TD to give oral evidence following a stand-off with the Social Democrats co-leader.

A commission led by Mr Justice Brian Cregan of the High Court is investigating Siteserv’s sale to Mr O’Brien’s company, Millington, for €45.54 million in 2012. The State-owned Irish Banking Resolution Corporation (IBRC) then wrote off €110 million in loans to the company.

It is understood the commission has told Ms Murphy, whose claims about the deal in the Dáil in 2015 prompted the inquiry, that she will not be asked to give evidence as she has refused to reveal her sources.

The commission of investigation wrote to Ms Murphy several months ago to say that the 300-page witness statement she had filed was of little evidential value, as it did not disclose the sources of a series of allegations surrounding the deal.

It is believed that the commission intends to hear from up to 40 witnesses during oral hearings that it is holding behind closed doors.

These are expected to run into next year, beyond the end-2017 deadline that had been set for Mr Justice Cregan to file his final report into the Siteserv deal.

The commission was originally supposed to report on the transaction by the end of 2015, but the deadline was subsequently extended twice, to April 2016 and then to the end of this year.

Siteserv was a building services company that launched on the Irish Stock Exchange in 2006. It expanded into other areas, such as laying broadband and television cables, and also moved into the UK.

It was put up for sale in 2012 owing about €150 million to IBRC, which had taken over the debt from Anglo Irish Bank, the rogue lender which had to be wound up following the financial crash.

Almost 99 per cent of Siteserv shareholders backed the sale to Isle of Man-based Millington in April 2012. They received €5 million, while IBRC got €40 million.

Controversy blew up ahead of the sale after French company Altrad said it had told Siteserv it had been willing to pay €60 million for the business.

Siteserv’s chief executive, Brian Harvey, said he had received an email and phone call in March 2012 from Ray Nielson, an executive with Belle Group, a British subsidiary of Altrad.

However, Siteserv’s board argued that there was no certainty that Altrad’s approach would result in a deal, while Millington had made a firm offer.

The company is now part of Actavo, an industrial services group that Mr O’Brien owns, which earned profits of €18 million in 2015.

Siteserv found itself in the spotlight again after Irish Water hired it to install household meters for the Government’s controversial plan to introduce domestic water charges.

It emerged in 2015 that a number of Government advisers had expressed concerns about about the sale to Millington. This led to Ms Murphy’s Dáil statements.

When the commission’s terms of reference were revised in July 2016, the Dáil heard that its work would cost more than €10 million. It had spent €2.4 million by early last September.

The commission said on Thursday that it operated in private and could not comment on individual witnesses.

“The commission is investigating all allegations relevant to its terms of reference, including those from anonymous sources,” it said.

“In assessing evidence given to it, the commission must respect the constitutional rights of all parties to fair procedures.”