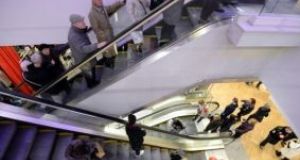 Growth in the Irish services sector slowed to an 11-month low in October following a sharp fall in expectations about future business, a survey showed on Friday.

The Investec Services Purchasing Managers’ Index (PMI) slipped to 57.5 from 58.7 in September, but remained well above the 50 mark that separates growth from contraction, as it has done since August 2012.

Like the wider economy, services firms have so far proved resilient to the impact of Britain’s vote to leave the European Union.

But the October survey saw a sharp fall in the Business Expectations index - which measures expected business levels in 12 months’ time - to 68.9 from 77.3.

The survey’s authors said a number of respondents expressed concerns about customer sentiment.

But while confidence fell, it remained relatively high with almost six times as many firms expecting growth compared to those who expect a moderation in activity in the coming year.

Investec Ireland chief economist Philip O’Sullivan said that while there were some negative signs, the October survey still demonstrated a sharp pace of expansion in the Irish services sector.

He noted that almost four times as many companies were reporting growth in new business as experiencing a softening of demand.

“Given the favourable economic outlook for the majority of Ireland’s key trading partners and the domestic economy, we are in the camp of those who expect 2018 to be another year of progress for the services industry,” he said.