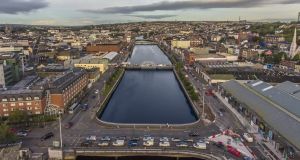 Zevas hopes to fill most of the Cork positions before Christmas. Photograph: iStock

Cork has received a jobs boost with the news that locally-founded company, Zevas Communications, which provides outsourced sales services nationally and internationally, plans to create an additional 50 jobs at its base on Leeside.

The new positions are in the area of telesales and digital marketing and stem from the company winning two new contracts with international global digital technology companies.

“We are delighted to have secured two more top-tier global companies as clients and our continued expansion is firmly establishing us on the world stage for outsourced customer contact solutions,” said John O’Sullivan,chief operating officer at Zevas Communications.

“As an Irish company, with our headquarters in Cork, these 50 new jobs are to be particularly celebrated Leeside. These new contracts further reaffirm Cork’s position as an international hub for digital innovation and ambition, as well as for superb and proactive customer service offerings.”

The majority of the positions, which the company hopes to fill before Christmas, are for English speakers with native Dutch and German speakers also to be recruited immediately while the recruitment of those fluent in other European languages is to quickly follow, he added.

Zevas Communications has not identified the new clients who prompted this latest expansion but the company already provides a range of customer sales and support to global companies such as Google, Twitter, PayPal and UberEATS as well as several Irish companies.