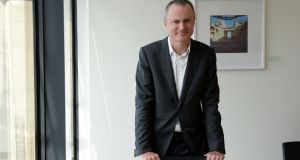 Irish law firm Mason Hayes & Curran recorded a 1.2 per cent drop in its turnover last year, largely due to Brexit-related nervousness among clients in the first half of 2017.

Figures provided to The Irish Times show that the Dublin-based law firm recorded revenues of €76 million last year compared with €77 million in 2016. This was the first time in about two decades that the firm’s revenue declined in a given year.

Workflows in advisory and contentious practice groups grew, but the experience in transactional services was more mixed. A slow first six months, influenced by uncertainty and negative sentiment among clients around Brexit, was followed by a “pronounced upturn after the summer”, according to the firm.

“Despite the persistent risk to Ireland of a hard Brexit, both domestic and international workflows are now solid, and the prospects for 2018 look good,” the firm said.

Commenting on the outlook for 2018, Mason Hayes & Curran’s managing partner Declan Black said: “I do expect to return to growth this year...solid single-digit percentage growth.”

Mr Black said the dip in turnover was “disappointing”, but the out-turn was “still satisfying given the choppy nature of workflows during the year”.

“The fortunes of large law firms are largely tied to economic activity, so with growth established and sentiment reasonably positive, we are confident about 2018.”

The firm said it worked on more dispute resolution cases in 2017 than any other Irish practice. This included acting for Teva Pharmaceuticals in successfully defending an application in relation to its planned sale of a generic HIV prevention drug, and acting for Facebook in a High Court action brought by the Irish Data Protection Commissioner seeking a referral to the Court of Justice of the EU regarding the validity of Standard Contractual Clauses.

Its technology practice continued to grow, and was largely unaffected by Brexit and other external factors. The new General Data Protection Regulation was a “significant” area of activity for the firm.

Real estate activity “grew strongly” in the second half of 2017. The firm acted for Davy Property Holdings in the acquisition of 53 apartments at Shelbourne Plaza in Dublin 4, where residential units have been transferred to a local authority to provide social housing