Lidl to offer home deliveries across Dublin via Buymie app 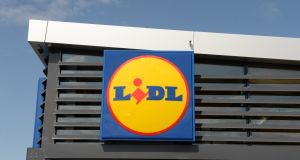 Lidl is rolling out online grocery shopping across Dublin with delivery times starting at one hour, after trialling it in partnership with a home delivery start-up backed and chaired by Eamonn Quinn, whose father Feargal founded Superquinn.

In a major strategic shift for the discounter, Lidl is launching the service in conjunction with gig economy-style delivery app Buymie, whose backers also include Unilever.

Buymie operates in the grocery sector with a service similar to how apps such as Deliveroo operate in the restaurant trade. Customers use the Buymie app to make an order at Lidl and pay online. The app’s algorithm sends the order to a nearby “picker”, a self-employed gig-economy worker with a car, who goes to the nearest Lidl to fetch the items on the list and deliver them to the customer.

The service applies to all Lidl’s in-store products, with the exception of its centre-aisle specials, which often comprise bulky non-grocery items such as household appliances.

Lidl will send updated pricing and product data to Buymie each day. Customers will be able to add special requests, such as, for example, “get me green bananas”.

Lidl has, in effect, completely outsourced its online shopping service to Buymie. Grocery home delivery is usually loss-making for large multiples that run it themselves. Lidl’s customers will not be able to access it through the discounter’s online platform, and will have to download Buymie.

Lidl trialled the service in selected south Dublin postcodes late last year, before pressing ahead with a full Dublin launch. There are no plans to roll it out elsewhere, but Lidl said it wouldn’t rule this out at some point in the future.

Buymie, which has raised more than €1 million in funding, also offers shopping at Tesco, which in parallel also has its own next-day delivery service.

Lidl claimed that, even with the fees included, a typical basket of its goods on Buymie is about one-third cheaper than a comparable basket in Tesco, although grocery multiples often spar over the accuracy of such comparisons.

“Our decision to partner with a dedicated on-demand service provider allows us to continue to invest in our expanding network of stores and also provides a real differentiator in the online grocery delivery market,” said Alan Stewart, head of ecommerce at Lidl Ireland.

Devan Hughes, chief executive and co-founder of Buymie, said: “With discount and online set to be the two fastest-growing [grocery] sectors in coming years, I feel this offering has opened an entirely new channel in and of itself.”

Buymie is expected to begin a UK rollout later this year.