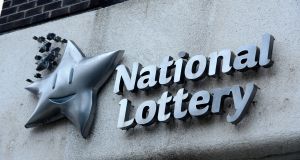 Lottoland has accused the National Lottery of retaining millions of euro each year in unclaimed prize money to boost profits and pay for the State licence.

The Gibraltar-based lotto betting firm is one of several so-called “synthetic”, or secondary lotteries, to enter the Irish market in the past year, offering punters a chance to bet on the outcome of official draws without buying tickets.

In response to criticism that it posed a threat to National Lottery ticket sales and by extension good causes, Lottoland said its operation was much less of a threat to good causes than National Lottery operator, Premier Lotteries Ireland (PLI), which was allowed to pocket unclaimed prize money unlike lotteries in other jurisdictions.

PLI refuses to reveal the total value in unclaimed prize money each year, claiming the information is commercially sensitive, but five years ago, when tickets sales were less, it amounted to €15 million.

“By a magnitude of many, many multiples” this is the biggest issue relating to good causes in the Irish marketplace, head of Lottoland’s Irish operation Graham Ross told The Irish Times.

“It’s a bit ridiculous that we’re being made the scapegoat for a threat to good causes when there’s a much bigger issue relating to PLI’s own business,” he said, noting Lottoland’s turnover does not even equate to one per cent of National Lottery ticket sales.

“I think it’s farcical to be going after a niche section of the industry that is going to drive innovation and competition in the best interests of the consumer,” Mr Ross said.

In a statement, PLI said: “Under the terms of the licence, unclaimed prizes have to be used within 12 months, and this is monitored by the regulator.”

“As previously stated we use unclaimed prizes to promote the National Lottery in order to increase our contribution to good causes,” a spokeswoman said.

“The amount that goes back to good causes is ring-fenced within the licence, regardless of whether prizes are claimed or not,” she said.

There are up to 15 lotto betting firms operating in the Irish market, including Lottoland which allows customers to select numbers for the EuroMillions draws at a reduced price.

These type of operators are threatening the monopolies enjoyed by national lotteries all over the world. In some jurisdictions, they have cannibalised up to 20 per cent of the market.

They allow punters play official lotto draws without buying a physical ticket, while covering the cost of big payouts through a complex formula of hedging and insurance.