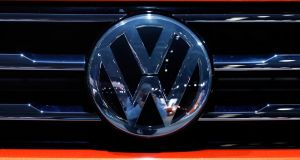 New car sales were down 10.5 per cent in March compared to the same month last year on the back of challenging trading conditions due to Storm Emma and several public holidays.

The slide in sales last month impacted on the overall sales this year, which are down 5.5 per cent on the same period last year. Total new car registrations up to the end of March were 71,842, compared to 75,892 last year.

In contrast the number of imported used cars is up 9.5 per cent on this time last year at 26,116 vehicles.

Buyers are also moving away from diesels, with its share of the new car market falling from 67 per cent last year to 56 per cent so far in 2018.

Hybrid sales are growing strongly, up from 2,362 this time last year to 3,895 to date. However, electric car sales still have stalled, with just 282 new registrations this year, down from 5.4 per cent on last year.

March is when the hire-drive market also starts to impact on registrations, and so far this year 9,765 of the new registrations were in this category.

According to Alan Nolan, director general of the Society of the Irish Motor Industry (SIMI): “March has been a challenging trading month for our industry with snow days and two public holidays leading to shorter trading weeks, but we also had the hire-drive deliveries at similar levels to last year to bolster registrations.

“Brexit, however, remains the dominant issue, with used car imports up 9.5 per cent for the first quarter, while new car registrations are down by 5.5 per cent over the same period.”

There was brighter news for the motor trade in the commercial vehicle sector, where sales of light commercials – vans – were up 2 per cent in the month and 5.4 per cent in the year to date, totalling 12,537 by the end of March. However, heavy goods vehicle registrations are down 11.2 per cent this year at 916 units.

The best-selling car brands are Volkswagen with 7,508 new registrations, Toyota with 7,124, Hyundai with 6,964 and Ford with 6,747. The best-selling model on the Irish market is now the Nissan Qashqai, which has overtaken the Hyundai Tucson.

In the hire-drive market, Nissan is the biggest brand with 1,825, ahead of Volkswagen with 1,589. When hire-drives are taken out of the market, Toyota takes the lead in terms of overall sales, with 6,779 registrations, ahead of Ford with 6,608, Hyundai with 6,207 and Volkswagen with 5,918.