Sales of alcohol, confectionary, pizza and garlic bread win out over essentials 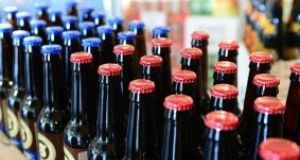 The recent spell of bad weather may have cause misery for many businesses but the so-called “Beast from the East” led to a huge sales boost for grocery stores, new figures show.

With numerous events being cancelled across the country as authorities warned the public to stay indoors, shoppers spent an additional €9.6 million on groceries in the week of the storm compared to the previous seven days. Furthermore, spending was up by 6 per cent or €15.2 million versus the same week a year earlier.

According to new data from Nielsen, the biggest beneficiaries were conveniences stores who gained from the fact that many shoppers couldn’t go much further than their local shop to stock up on supplies.

Convenience stores, which collectively have a 36 per cent market share in terms of spend in the Republic, accounted for 56 per cent of the additional spend during Storm Emma, as against a 44 per cent gain for the multiples and discounters.

While there were plenty of warnings about a possible bread shortage ahead of the bad weather, the figures show the increased grocery spend was on treats such as wine and beer.

“The weather warnings and near-curfew type advice, meant uncertainty was a major driver of people buying more groceries. However, the real growth was not in staples such as bread and milk but indulgent categories such as alcohol, confectionery and snacks,” said Matt Clarke, Nielsen’s commercial director in Ireland.

“It was as though an unexpected holiday mood prevailed with consumers tempted to treat themselves during the lock-down. For retailers, it was a case of warm trade winds blowing in - particularly for convenience stores as the few shopping forays could only be done on foot.”

In terms of staple items, milk sales rose 18 per cent or €1.6 million during the week of Storm Emma, while bread was up 15 per cent or €1.2 million and home fire products such as briquettes, up 52 per cent or €1 million.