Make-up for men set to be next global beauty trend, says Mecca founder

Jo Horgan, the woman behind Australian cosmetics retailing giant, expects such products to ‘take off’ 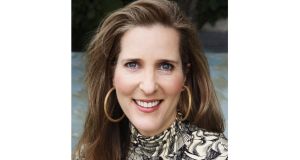 Make-up for men is set to be the next big global beauty trend, according to Jo Horgan, founder of the Australian cosmetics retailing giant Mecca.

“The question is not is it going to happen but just how big it will be. I expect make-up for men to be massive,” said Ms Horgan, whose company has more than 100 stores across Australia and New Zealand.

Mecca, which employs more than 3,000 people and has estimated annual revenues of more than AUS$280 million (€173 million), was founded by the businesswoman in late 1997. The company now has 25 per cent of the prestige cosmetics market in Australia and it stocks over 7,000 products from more than 150 brands.

Ms Horgan, whose father comes from Banteer, Co Cork, was born in England but moved down under when her parents relocated there when she was 15 years old. She established Mecca at the age of 29 in Melbourne after selling her house to bankroll the business.

Ms Horgan, who last year became Australia’s first female winner of the EY Entrepreneur of the Year award, was speaking in Monaco at the world awards, at which Ireland was also represented.

“I don’t expect all men to start wearing make-up and of those that do, some will likely just wear a little, but it is something that is going to take off,” she said.

“If you look at somewhere like Korea where there are lots of early adopters, it is becoming more common, and influencers such as James Charles are also having an impact,” Ms Horgan added.

Ms Horgan, who worked for French cosmetics giant L’Oreal for a number of years prior to establishing her own business, set up Mecca after realising that she wasn’t the only person to find the process of buying make-up intimidating.

“The department store model was still dominant and each brand was represented at an individual counter and I just thought that as well as being off-putting, it restricted choice. I built Mecca based on the idea that we would be brand agnostic and that has proven to have gone down well with the public,” she said.

While her long-term goal includes expanding to the Republic of Ireland and the UK, Mecca is currently focused on cracking Asia.

“I’ve got to go with my head as much as my heart on this in terms of geographic expansion and that means focusing on China, as it is set to become the largest economy in the world in a few years’ time so it is important for us to be there before anywhere else,” said Ms Horgan.

9 More than €162m for five retail parks in receivership