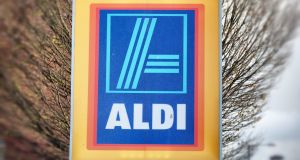 Aldi has become the latest overseas supermarket operator to open stores in China but the German company faces a battle to win over customers in a fragmented market in which foreign operators have traditionally struggled.

Hundreds of people lined in Shanghai on Friday to enter one of the two Aldi outlets opening in the city. On sale were European wine and beer from the company’s own brands plus more local offerings, such as chicken feet and salted duck eggs.

“We came here for the German products and the cheap beer,” said Zhou Youhua, a retired doctor who was munching on a hot dog while waiting to pay for her basket of muesli, noodles and steamed dumplings filled with German sausage and sauerkraut.

Foreign supermarkets have often struggled in China’s fast-growing grocery sector. Britain’s Tesco and Spain’s Dia abandoned operations in the country and Germany’s Metro is selling its China unit. Walmart and Carrefour have struggled to gain more than a single-digit market share.

Overseas companies have been hampered by remote decision making and difficulties adapting to Chinese shoppers’ preference for making regular small purchases of fresh vegetables to cook at home rather than weekly shops, according to analysts.

“The Chinese market changes at a faster pace than western markets and foreign grocers are often not well placed to adapt,” said Jack Chuang, an analyst at consultancy OC&C, pointing to the rapid growth of delivery as an example.

Aldi has operated an imported food store on ecommerce giant Alibaba’s website Tmall since 2017. “Our experience through e-commerce has given us a great foundation on understanding Chinese consumers’ purchasing behaviour,” the company said.

Customers at Aldi’s China stores are able to scan bar codes on every product with their phones and pay for them through an app, negating the need for checkouts. Home delivery is offered within a 3km range.

Aldi’s model of increasing profit margins by selling its own-label products will be a challenge in China where customers prefer to buy branded goods in supermarkets, said Wai-Chan Chan of consultancy Oliver Wyman.

Aldi is offering new ranges of own-brand vegetables and meat sources from farms in China but Chinese customers said imports were the main draw. “The prices are reasonable but not incredibly cheap,” said office supplies salesman Chen Yifan.

Aldi, which operates 10,000 stores in 11 countries worldwide, recently entered Italy and is expanding in Australia after investing $3.4bn in its US operations. It declined to provide a target for China store openings. “We want to ensure that we are pacing our development in China appropriately,” the company said.

The main complaint at the Shanghai store on Friday was a lack of space, with a heated argument breaking out in the long queue of people waiting to enter. “I’m paying for everything with my mobile phone so I don’t need to use a checkout,” said Xia Wenjuan, a 49-year-old office worker, adding: “But the store is not large enough." - Copyright The Financial Times Limited 2019